Cold Storage Nelson opened its second site in Tauranga in July and is already running at full capacity.

Cold Storage Nelson (CSN) has just opened a second site in Tauranga to keep pace with demand for its services in the Bay of Plenty region.

Located in Te Marie Street, the site will complement the company’s existing site inside the Port of Tauranga, which offers freezer and chilled storage facilities and a large blast freezing facility.

“Our strengths are our diversity, product mix, customer base and geographical locations so this second facility helps enhance our offering to customers in the Bay of Plenty,” says CSN CEO Richard Aitken.

CSN took over the new site, offering a mix of chiller and freezer rooms, in July and within two months it was operating at capacity, which has led the company to explore options for further expansion.

Richard says growth in the region is being driven by a burgeoning population and expansion of the horticulture industry driving demand for cool store services.

He says it makes sense for many companies to use the services of a professional cold storage logistics company, as many only need to use the facilities for part of the year.Established in 1975, CSN continues to be an adaptable innovator in the field of controlled temperature storage and logistics.

The company handles a wide range of goods including marine, agricultural, horticultural, manufactured food and nutraceuticals, both in the export sector and for domestic and import markets. CSN has facilities in Nelson, Tauranga, Christchurch and Mt Mauganui.

Richard says that CSN’s inventory management system has been specifically developed to serve the needs of exporters and the compliance requirements of the Ministry of Primary Industries.

Inventory data is available online to customers and their agents in real time with individual cartons of product able to be traced through the system. 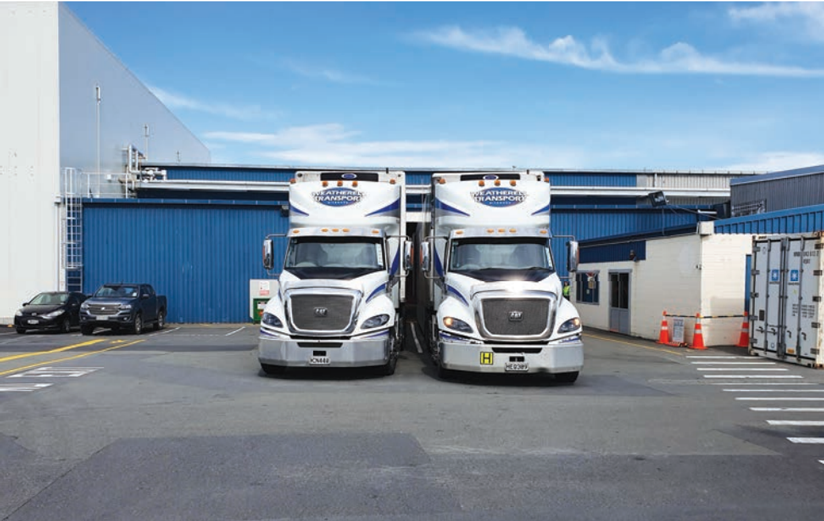 Trucks unloading at CSN’s Tauranga facility. A burgeoning population and expansion of the horticulture industry are driving demand for cool store services in the Bay of Plenty.

Customer service is a major focus and CSN conducts customer surveys to identify trends and areas for improvement. This information is then used to develop programmes to further improve the business, says Richard.

A big emphasis is also placed on people: “We don’t just employ 100 people – we employ 100 families because work impacts family life,” explains Richard who says this is what has led CSN to explore well-being programmes for staff.

One recent initiative was to offer staff the opportunity to take part in the Virgin Pulse Global Challenge, a team-based event that gives employees with the knowledge, tools and support they need to build new healthy habits.

Richard says that almost immediately over half his staff signed up for the challenge indicating the high level of company culture at CSN. Richard, who has only recently been appointed to the role of CEO at CSN, says that he is aiming to create a company where people thrive in recognition of the important role CSN plays in the community and New Zealand economy.

“I take a huge amount of pride in the fact that we are holders of people’s products that businesses have invested a lot of time and money to produce. They’ve entrusted us to look after these precious goods and they can be confident they are in safe hands. “There is a high degree of trust so the whole team at CSN takes great pride in handling their products on time, correctly every time.”

New base in Wanaka for vet clinic
Shanaka Prasad Mar 21