Family picks a winner with cherries 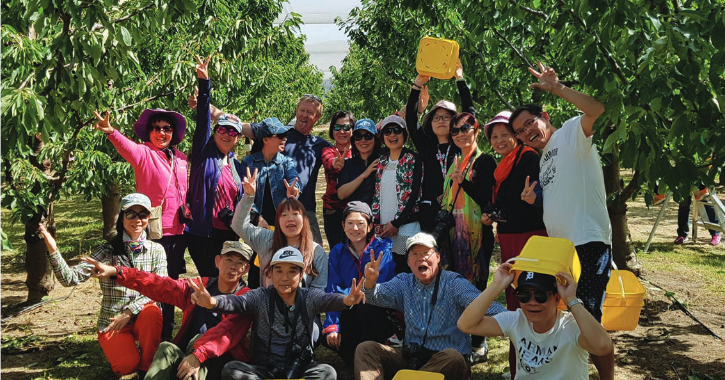 About half of the home block is used for pick your own where customers can pick their own export grade cherries.

When the Milne family bought a five hectare block of bare land in Cromwell nine years ago, they had no idea that they would become cherry orchardists down the track.

Fast forward to today and they now have Cheeki Cherries, the area’s only pick your own export grade cherry orchard.

“When we bought the property, our four kids were still young and it was just a bit of land to mess around on,” says Martin Milne.

“We decided to try our hand at being small time ‘cow cockies’, but this wasn’t a successful venture so we went ahead with the cherry orchard idea on the advice of a neighbour.

It takes about four years until the trees start producing a decent crop, so when a neighbour put his home and mature 1000 tree cherry orchard on the market, the Milnes decided it would be a prudent move to purchase the block.

Since then they have planted another 100 trees and have fully netted the block, now known as the home block.

For two weeks of the year, approximately 28 bee hives are hired from local beekeeper, Nekta Klektaz, to enable the pollination of the trees.

One of the biggest challenges, as in all horticulture / agriculture related businesses, is the weather.

When it rains, the Milnes call on local helicopter operator, Heliview Flights, to come in and “blow dry” the cherries.

This helps to prevent the cherries splitting when the weather conditions are hot.

. Oversized Connect Four and Snak es and Ladders games on site provide some extra entertainment and are well received by pick your own customers.

The pick your own season runs for six weeks from mid-December until the end of January.

The balance of the cherries from both blocks are for export which are processed through a local packhouse. 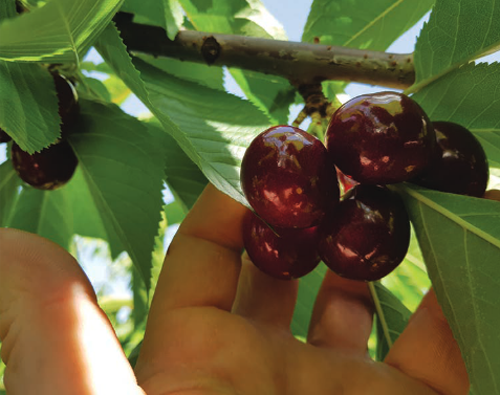 Cheeki Cherries is now pretty much a full-time job for Martin, who along with his wife, has one other team member who helps with various orchard tasks including spraying, pruning, irrigation and net retraction.

Kelly Deeks The Milnes enjoy the pick your own business, receiving wonderful feedback about the quality of their cherries and excellent feedback on TripAdvisor.

As well as pick your own and export, Cheeki Cherries export grade cherries are available through mail order.