Leading the way in “rocking” Huntly

Century 21 Rural and Residential Real Estate in the “rocking’ town of Huntly has gone some way to proving the rising popularity of the former coal mining town by listing and selling the most properties of any New Zealand Century 21 office for the fourth quarter of 2018.

As well winning the Top Office for the Quarter award at Century 21 New Zealand’s fourth quarter and 2018 annual awards in February, franchise co-owner and salesperson Ian Pepper won Top Principal for the Quarter in both Units and Gross Closed Commission categories and Century’s 21 only Platinum Award for the fourth quarter in recognition of his considerable sales success.

Huntly co-owner and salesperson Barbara Craig took out the company’s Silver Award for the quarter.

The partners’ competitive spirit is alive and well.

Since Barbara and Ian bought Century 21 Rural and Residential from the previous owner in June last year, Barbara says her role has taken on a larger administration component.

“I used to sell a lot more than Ian so that’s a bit frustrating,” she laughs. Century 21 Rural and Residential rising star Pescha Eccles was named Rookie of the Year.

Ian says he is so grateful to everyone at Century 21 Rural and Residential who made the success possible, and delivered Huntly recognition Australasia-wide.

“We’re an effective team who are passionate about North Waikato real estate sales and property management, and serving the local community,” says Ian.

“It was great to be in Auckland to collect these national awards and be among some real estate legends including chairman and owner of Century 21 Australasia Charles Tarbey.

Ian says he and Barbara compliment each other and each attributes the other with their successes. Century 21 New Zealand National Manager Ryan Mitchell says Century 21 Rural and Residential had a particularly strong fourth quarter of 2018 and a great year overall. 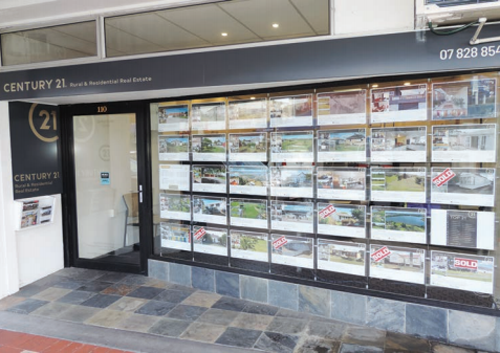 “Century 21 Rural and Residential is one of our strongest offices nationwide,” he says.

“They can all be incredibly proud. “These awards bode very well for Huntly’s ongoing success in 2019. And there’s plenty to look forward to when you consider the underlying strength of North Waikato’s real estate market and everything the area has going for it.”

Huntly is currently ‘rocking’, with new commercial and industrial developments such as the new American Cobb-Vantress high-tech chicken hatchery at Whangape and Sleepyhead looking at a possible relocation from Auckland to Ohinewai bringing new jobs and a new confidence in the area, which was negatively affected by the closing of Solid Energy East Mine just two years ago.

“Many people now moving to Huntly are working couples and families with one working in Auckland and one in Hamilton,” says Ian.

“It’s a similar distance each way, close to each but still affordable. This town has by no means finished growing, it’s an excellent place to invest in your future.”

The completion of the Huntly section of the new Waikato Expressway, which connects Pokeno, Te Kauwhata, Huntly, and Hamilton, will provide much quicker access to town, while Waikato Regional Council’s regional transport committee has recently voted for a passenger rail service between Hamilton and Auckland to be included as a new activity in Council’s 2015-2045 Regional Land Transport Plan.

Ian says he and Barbara agree: “There’s only one way for Huntly, and that’s up.”

Tags:
Previous Article
Small firm thrives on delivering quality
Next Article
Loving the work, loving the people you work with