Welcome to the ‘new dawn’ for wool

In New Zealand 95% of the wool produced is strong wool and around 5% is merino.

With growing public awareness around the environmental problems caused by plastics the new dawn for wool has begun, says Tom O’Sullivan, trustee on the New Zealand Campaign for Wool board.

The Campaign for Wool is a global endeavour initiated by its patron, His Royal Highness The Prince of Wales, in order to raise awareness about the unique benefits offered by the fibre.

Tom says education is a major focus as there has been a major disconnect between wool and consumers leading to many misunderstandings.

“For example we have found some people think a sheep has to be killed for the wool to be harvested,” he says.

“Those are the types of misunderstandings we need to clear up.”

In New Zealand the initiative has already started a programme called Wool in Schools, which sees an educational shipping container display visiting schools around the country.

“It shows the process of growing wool – from a sheep being born to how the wool is harvested and made into products. Basically we are trying to educate the next generation as to the benefits of wool.”

Tom moved to Hawke’s Bay a decade ago to run a family sheep and beef farm.

His despair at the dismal wool prices made him want to take action which led to him taking his role on the board.

“When my grandfather was running this farm in the 50s wool was so valuable that he paid off his entire mortgage with one wool cheque. 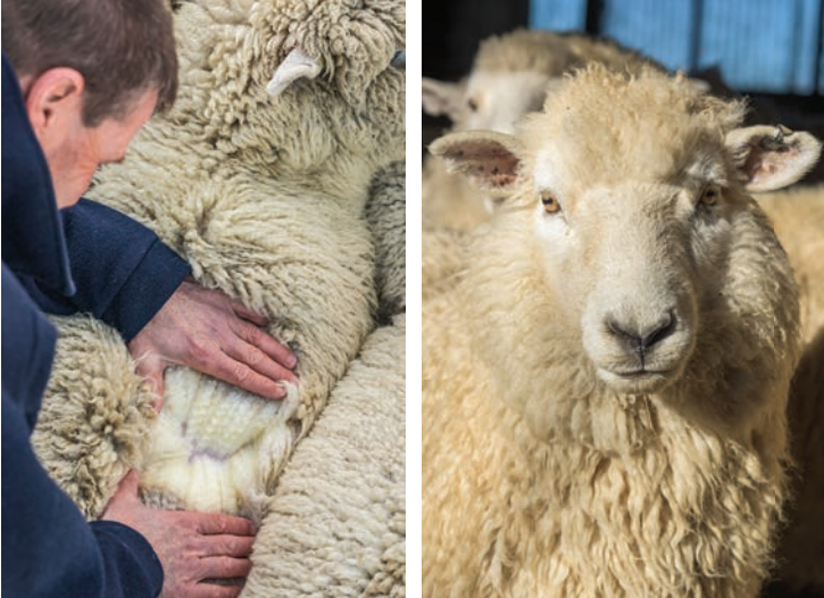 Wool has a multitude of uses from luxurious fine merino knitwear and cloth through to hardwearing interior products and fire-retardant insulation for the home.

“Today we are lucky to break even and some-times it even costs more to produce the wool than we make once expenses are accounted for. That has to change.”

Encouraging collaboration between an international community of wool growers, fashion designers, retailers, manufacturers, artisans and interior designers is the way forward, he says.

Tom says that wool has a multitude of uses from luxurious fine merino knitwear and cloth through to hardwearing interior products and fi re-retardant insulation for the home.

In New Zealand 95% of the wool produced is strong wool and around 5% is merino.

Tom is keen to explore other avenues for turning strong wool into desirable products.

New Zealand Campaign for Wool is meeting with the Society of Architects to put together information for designers and architects in New Zealand as to the possibilities of wool.

Tom hopes new ideas will spring forth from the partnership.

New Zealand Campaign for Wool is also meeting with the government which has set up a wool working group including farmers, exporters, brokers and others in the supply chain to determine how wool can be better promoted going forward.

“A lot of the problem is that wool hasn’t been marketed well in the past. Consumers haven’t been told the beneficial properties of wool.”

He points to statistics – 20 years ago 80% of carpets sold in New Zealand were made from wool compared with synthetics. Today this figure is close to 20%.

Tom hopes that with recent publication backlash against the pollution plastics is causing worldwide that wool can take a positive role in protecting the environment going forward.

“We believe that the properties of wool will become more in vogue as the world becomes more educated about the environmental problems synthetic fibres are causing. Wool could be part of the solution.”