C3 Construction has successfully found its niche, servicing the retirement and education sectors.

The company, which operates out of Auckland and the Bay of Plenty, has a team of 18 energised and passionate construction specialists and for Tamati Parker, one of its directors, the best part of being part of C3 Construction is the abundantly positive projects it gets itself involved in.

“We’ve been operating since June 2016 and have focused our work in these two industries which have a very positive feel.”

Securing work through the Ministry of Education came down to having a proven track-record and when Business North spoke with Tamati C3 Construction was well into a major design and build project at Macleans College, Bucklands Beach.

The school has a unique and inspirational approach in the way it’s students learn, something Tamati describes as the backbone of the school’s success.

“It operates a Whanau House structure and when students arrive in Year 9 they join a Whanau group and remain with it all the way through their education at the school.

“All teaching and learning is delivered within the house, with the exception of PE and technology. There’s a real sense of ownership and pride students have in their house and the learning environment is very dynamic.”

This project, the building of Mansfield House began in October last year and was completed early June.

Occupying an area of 1000sqm the house has six general learning classrooms, two science labs and a substantial common space in the middle.

Another school project at Hauraki Primary, founded in 1954 in Takapuna, has had C3 Construction involved since the build’s inception in the form of an Early Contractor Involvement model. 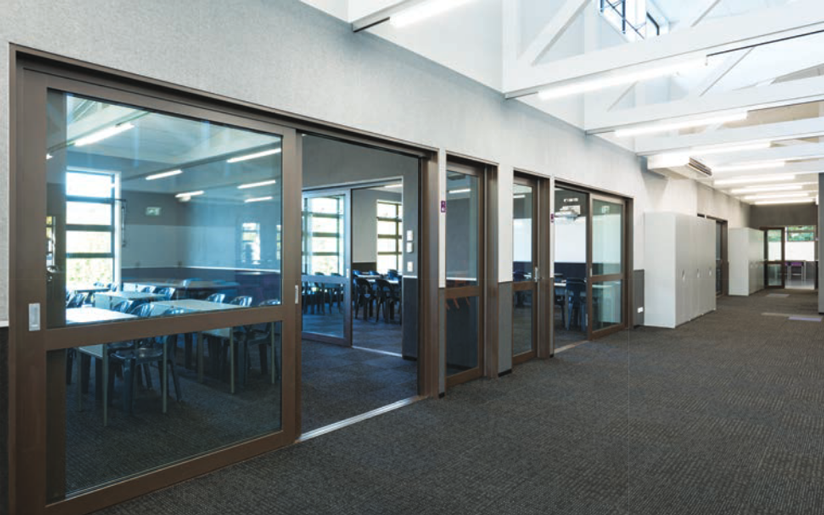 Occupying an area of 1000sqm the house has six general learning classrooms, two science labs and a substantial common space in the middle.

Tamati says this early involvement is a valuable process for the company to engage in and creates a really strong and engaging professional relationship between all stakeholders.

“We’ve been able to input into the design phase and bring some innovative ideas to the table.” The classroom block is due to start in July this year.

The company’s attitude to excelling is no more visibly expressed than in the culture of its employees who aspire to achieve industry qualifications well above the prescribed bench-mark as Tamati explains.

“There’s a really motivated professional culture driven from the employees themselves and with the support of management.

“Three of our team have achieved the highest level qualification in Construction Safety and two more are about to begin.”

Another feature of C3 Construction is their use of new high tech systems to inform and track performance at every level.

Tamati says this striving for continual improvement marks a period of consolidation for the company after the busy pioneering years.

“We’ve secured work for most of calendar year 2020 and this year we are almost full as well in terms of projects scheduled. I think this reality proves we’re doing business well.”

Tags:
Previous Article
Quality in abundance at new showhome
Next Article
Tackling the challenges in Whitianga