Business based on craft and reputation

When Bruce Dawson was seven years of age, he followed in the shadow of an apprentice carpenter – all day, every day – while Bruce’s parents’ new home was being built. Inspired, Bruce decided there and then to be a builder.

That was more that 29 years ago – boy’s dream done and dusted. Hard yards in those early years were served, as most sole traders do, before the business grew through craftsmanship, reputation and recognition. Today, Bruce plies his trade on the building sites, along side his son Brett, who he describes as a very good chippie.

They have worked together for 17 years – a good team complementing each other – no doubt with the usual father and son agreements and just a few healthy disagreements.

Bruce says they have become very well known for extensive house alterations and additions –right up to the $450,000 mark. It’s work they really enjoy. It demands a lot more thinking – renovations and additions are not always straightforward – there is often a challenge to get things just right.

“There’s a lot more skill needed so that they don’t look like add-ons. We have that skill. It’s the way you approach it and the way you design it. A lot of that comes down to talking with the client and understanding exactly what they really want.”

Bruce says that when people come to him to build them a new home they will always deal with him directly.

He’s on site every day all day and, along with his son, maintains a close watch on quality control. Bruce Dawson Builder is currently working on an exciting new build in the exclusive Invercargill subdivision of Northwood Estate.

“The house is 205sqm – not huge – but it’s just a nice design in a nice area with nice materials being used. It’s open plan kitchen, dining and living with nice indoor/outdoor ﬂow, 3 bedrooms, with en-suite in the master.” A member of Master Builders, Bruce does not insist on a deposit up front when building a new home. 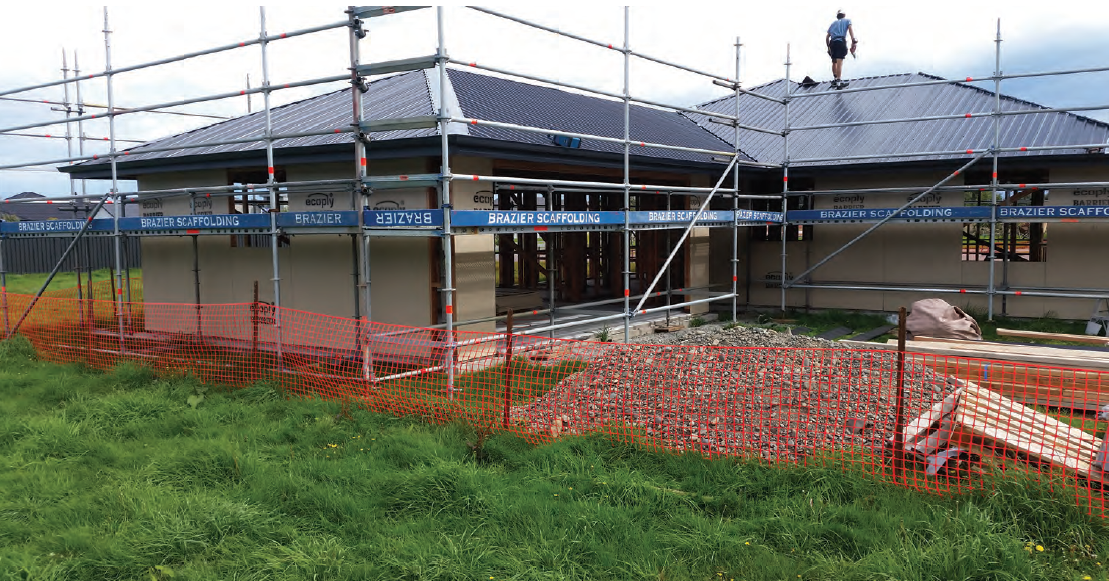 “I feel as though you’re working off someone else’s money before you’ve earned it by taking a deposit. With me, a contract is drawn up and on the 30th of each month there is a bill for materials used and our labour.”

Over the years Bruce has developed close working relationships with his subbies and suppliers and attributes his success in part to that solid relationship. Still passionate about building after all these years, Bruce loves working outside, working with people – each day seeing the fruits of his labour.

“Ten years later you can drive past and say I built that – that’s a nice feeling.”