The new Bidfood Distribution Centre in Invercargill, was completed by Barry Stewart Builders in January.

Barry Stewart Builders has been part of Southland’s building landscape for the best part of 35 years, starting out in the small rural community of Wyndham on the very day its founder, Barry Stewart, completed his building apprenticeship.

Moving to Invercargill in 1988, Barry Stewart Builders established a solid reputation for following through on promises and quality craftsmanship.

Barry says that being an independent building company enables more control over each individual building project, ensuring a high level of finish from start to completion.

While staff numbers have been up to 30, Barry currently employs an office and building crew of 22, including three apprentices.

He says the business is constantly training its staff and another advantage of being an independent building company is exposing the team to a wide variance in work, increasing staff skill levels.

“Our guys get to do everything – they might be doing tilt panels on a building one day, finishing work in a school building the next, framing on a house another day or installing a bathroom the next,” he says.

“We’ve got a good reputation and we’re well sought after. We pride ourselves in doing what we say and having happy customers.”

“We do a lot of insurance claims work for IAG. There’s a steady stream of work coming through on a daily basis and we have two guys dedicated to that. We also do the full range of residential work from high-end to standard homes, renovations, refurbishments and extensions.

“We’ve gradually included the larger commercial contracts like the Bidfood Distribution Centre we completed in January this year.”

Located in Basstian Street, Barry says the construction site was old riverbed area next to the Waihopai River.

“The building was engineered such that there was a floating foundation and it worked pretty well. There was some special concrete used in the building with some substantial footings and hardfill. In some areas the excavation went down three metres – some pretty serious concrete went into some areas.” 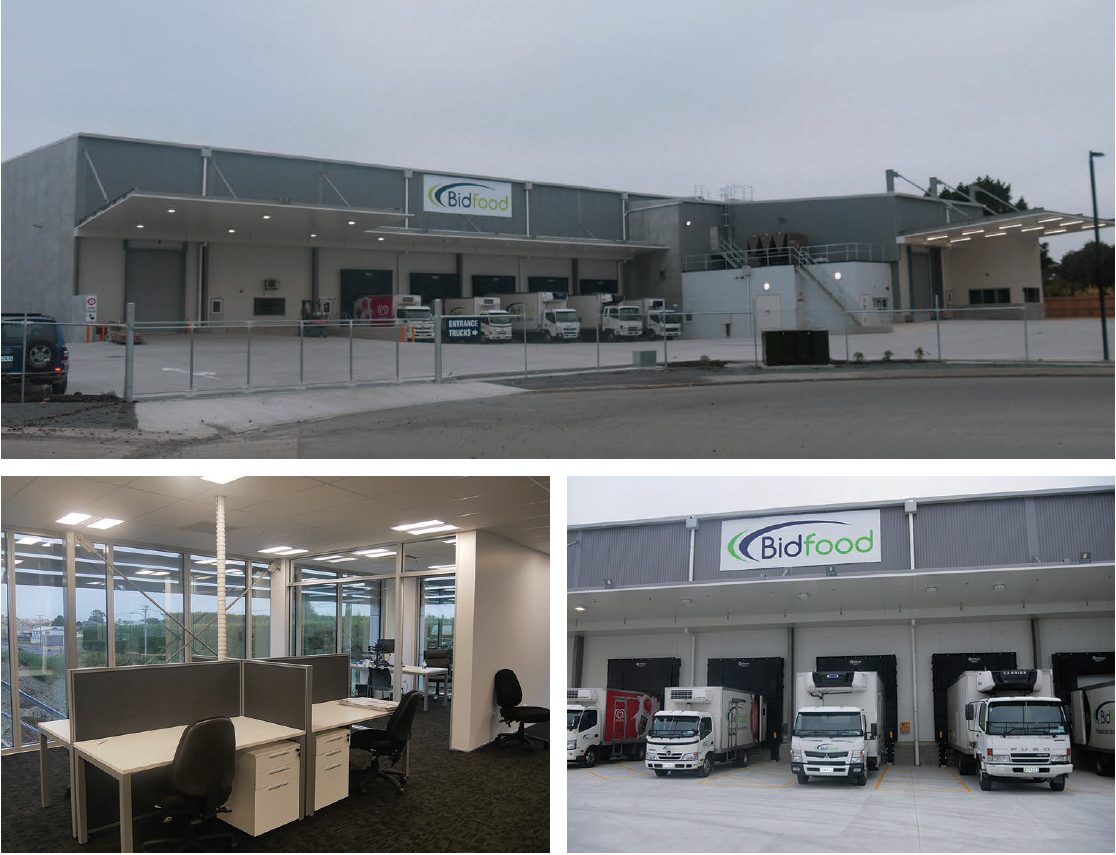 He says the use of a special Japanese hardening product called Denka for high strength structurally engineered concrete, proved to be complex to work with, challenging their experience, along with that of their subcontractors.

The mechanical aspect of the freezers and chillers were a heavy component of the project, which Barry describes as ‘complex and interesting’.

“Sub-trades installed the freezers and chillers with our support ensuring everybody was particularly vigilant on how it was all put together.

“The technical aspect of this takes a bit to get your head around but the experience was invaluable.”

Barry says that despite the challenges, the project went very well, finishing to schedule and on budget.

This article was brought to you in association with the following businesses..

Tags:
Previous Article
Showing off the best in BerryField Drive
Next Article
Taking the hassle out of renovation