Another feather in the cap for ATL

Industry recognition, in the form of the 2019 Contractor of the Year accolade at the third annual NZ Asbestos Demolition Awards, held early November at Ellerslie Show Grounds, is a heartening experience for everyone associated with ATL Group.

The company’s Commercial Director Mike Sommerville says the award recognises the determination by everyone in the company, from board through to staff working on site, to continually improve and evolve the quality of their work and that includes focussing constantly on worker health and safety.

It’s not the first time that the asbestos demolition and remediation specialist has been recognised within the industry, with successes achieved in 2017 and 2018 alike.

“This one feels special though because to take the top award as Contractor of the Year is saying we are performing highly in all parts of our operation,” Mike says.He’s proud too of the fact that ATL Group pushes the boundaries continually in terms of health and safety standards and work-place processes.

Helping the company excel at this focus has been the board’s decision to employ key personnel carrying industry expertise from countries such as England, Ireland and Poland, where regulated standards are generally set at a higher benchmark than Worksafe NZ currently demands.

The recent acquisition of Henderson Demolition into the fold has balanced and extended the range of projects ATL Group can now take on and has given the company the capacity to extend into areas such as Dunedin.Removal of asbestos has been a focus in this country for many years now.

It’s a critical industry, fraught with potential risk to employees and the wider public and Mike says being top of their game with respect to its treatment has been an ongoing priority. This is demonstrated with the purchase of a Safe-Strip system from the UK.

Whereas traditionally some types of sprayed asbestos has been removed from structures in dampened state, this system injects a special wetting substance into some friable asbestos material. When it comes time to remove the asbestos, it is in a solid wetted form and can be removed with a reduced risk of releasing the fibres into the air.

“It keeps our people safe, with lower fibre counts within the enclosure during the project, which in turns means it keeps the area outside of our enclosure safer.” 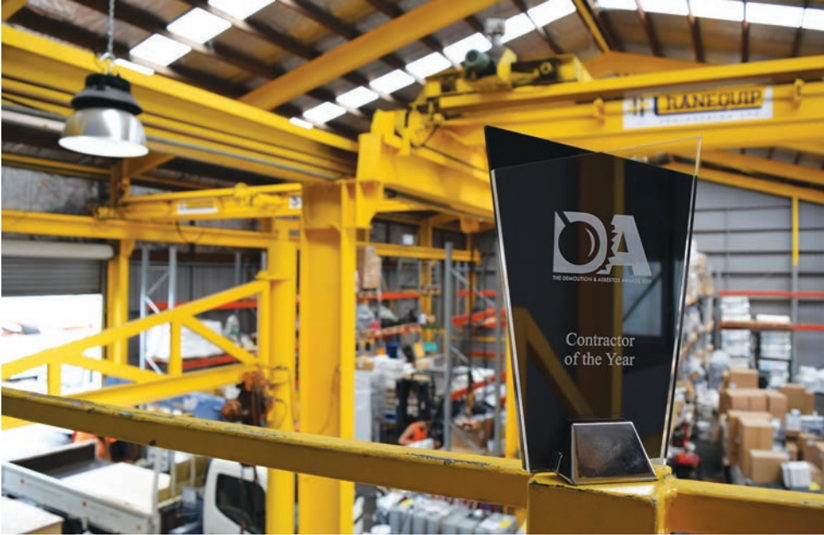 ATL Group pushes the boundaries continually in terms of health and safety standards and work-place processes.

ATL Group has secured long-standing and significant client relationships within the industrial, governmental, commercial and residential sectors, showing that the standard to which ATL operate is not limited to the type of job or customer they are engaged by.

The company is also a proud member of the New Zealand Demolition & Asbestos Association (NZDAA). Mike says it’s an absolutely critical association for all working in the sector to join and support to bring about real change in the industry.

“It gives us a unified voice and is a representative forum when engaging with regulators such as Worksafe NZ, who develop and monitor implementation of industry practice and standards. As members it is a forum in which to share our views, experiences and practical solutions with Worksafe, to ensure the industry is moving together towards the same goal.”

As for the future Mike says the pathway for ATL Group will be timely organic growth, a natural consequence of maintaining a constant focus on operating to the highest possible standards.

This article was brought to you in association with the following businesses..