Stackbrae a departure from the norm

The houses at Stackbrae range from 170sqm to 250sqm and share a consistent design language.

“The project involved master planning the subdivision and the design and consenting of 31 homes, both stand-alone and duplex.”

While it was initially considered to have covenants on the subdivision’s houses, it would have been an expensive and slow process to get design’s approved under this model, he says.

It was subsequently decided to offer pre-designed options with the time and cost saving incentive of pre-approved building and resource consents.

“Land packages were sold with consented plans and a covenant to build in accordance.This model contributed to a cohesive development, and eliminated design and consenting time and cost for purchasers, so homes could be built without delay after settlement.”

This meant houses could potentially be completed in four to six months of a section being bought.

The houses range from 170sqm to 250sqm and share a consistent design language, but with variations due to their size and shape, orientation and a varied material palette.

Dwellings are predominantly ‘L’ shaped, with the longest elevation along section edges. 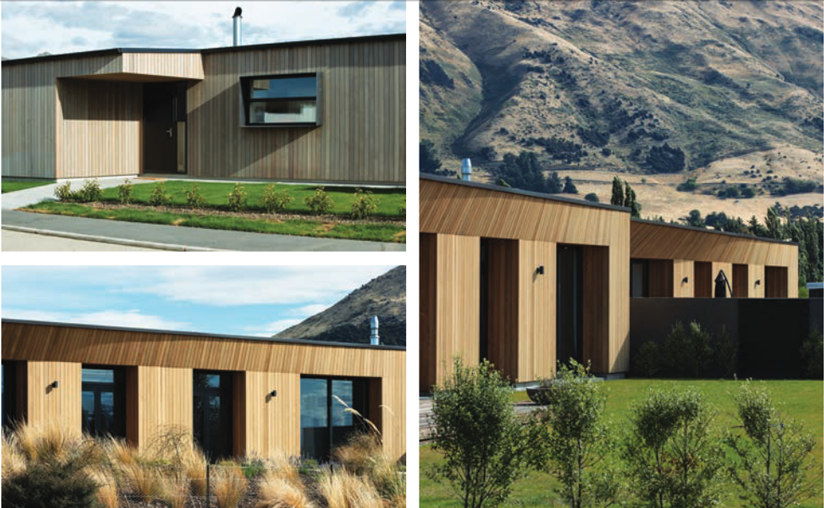 Dwellings at Stackbrae are predominantly ‘L’ shaped, with the the use of windowless boundary walls rendered in quality materials making fences redundant.

While it directly challenges district plan setback rules, it allows for maximum utilisation of the sites and for sun into the middle of the site while not compromising on interior light.

Developer Stuart Pinfold says he wanted to create something he was proud of, especially as his own home is immediately across the road from Stackbrae.

“I wanted to do a good job of the streetscape and incentivise owners to build quickly, so that the neighbourhood was developed to completion and with a comparable quality.”

His own house, designed by Justin and Louise Wright, won a NZIA award in 2015, consequently Stuart was well aware of the standard of Assembly Architect’s work.

Styurat say that Justin’s concept of setting the houses back to the boundary to allow more usable section space while retaining privacy, made good sense.

“This allowed us to create greater value for the buyers of properties in Stackbrae.”

Another key aspect of the development is that the low profile roofs do not hinder the mountain views.

Among those who have chosen to live in Stack-brae is one of the builders of several Stackbrae homes, Andrew Wavish.

Andrew enjoys the ‘L’ shaped layout of the home as it provides a good sized private courtyard, and the home gets plenty of sun and views.

Stuart says that the NZIA award was an acknowledgment that the Stackbrae development was well-considered from its inception and that “we’ve got it right”.

The NZIA has just announced that Stackbrae will now be in contention in their national awards programme, due to be judged in September and announced at an awards event in Queenstown on November 9.