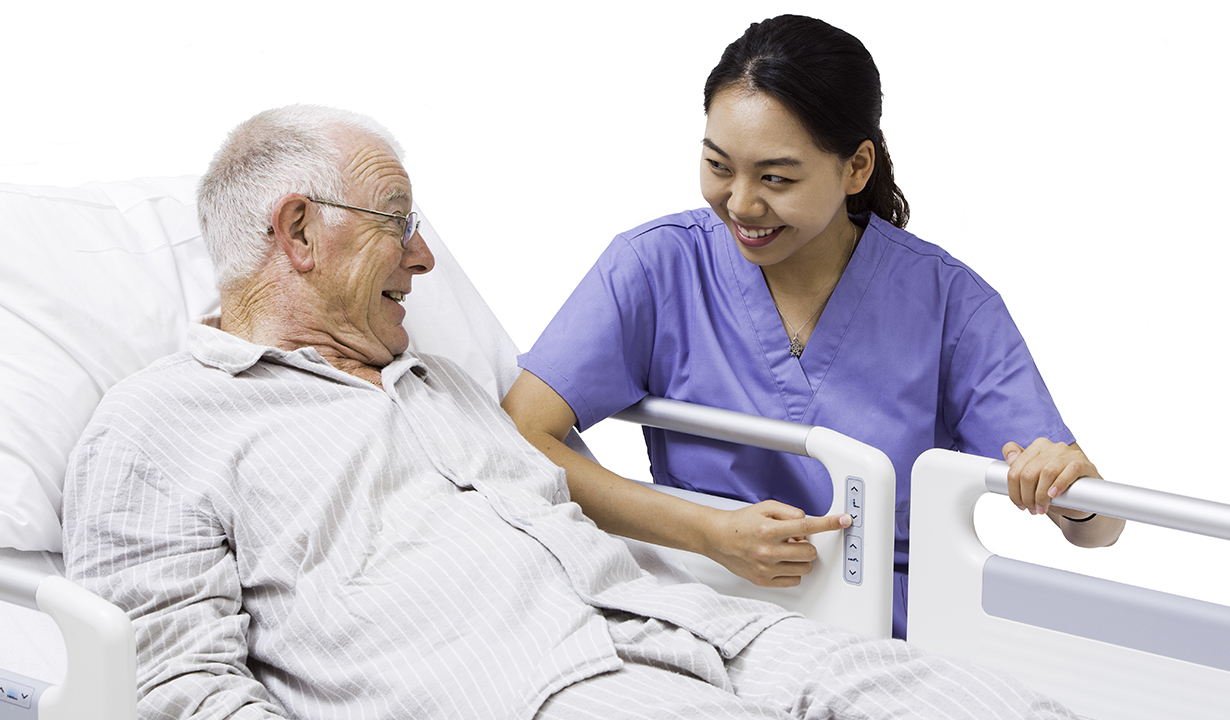 “Our main product range is hospital medical beds, and stretchers for emergency departments which have radiolucent decks and are fully electric”

The Howard Wright story is one of those wonderful examples of kiwi ingenuity and innovation that has left its mark on the world stage and made a difference to human kind.

In the early 1960s, Howard Wright, a clever engineer and motor mechanic by trade was approached by a nurse who had seen a hospital bed that could be raised and lowered while on her overseas travels.

When asked if he could build something similar, Howard accepted the challenge and from the basement of his New Plymouth home Howard Wright Ltd was born.

Almost sixty years on, the tradition of innovation continues and Howard Wright Ltd specialises in the design and manufacture of stretchers and medical beds.

While Howard passed away in 2012, the New Plymouth based team at Howard Wright Ltd has retained his vision for innovative yet practical design under the leadership of CEO Bruce Moller, who has been part of the journey for the last 29 years.

In the mid 2000s the business went through the government’s Better by Design programme, progressing the way it designed and manufactured its products.

During the same period, Howard Wright Ltd also developed its export business and this financial year over 80% of its product will head to hospitals off-shore.

“Our main product range is hospital medical beds, and stretchers for emergency departments which have radiolucent decks and are fully electric,” says Bruce “We also design and manufacture some specialty products like the shower bathing trolley.

“The medical beds are mainly only sold in New Zealand and Australia, while the stretchers and shower trolleys are sold beyond Australasia.”

The latest generation medical bed is the M10. Developed and released in 2018, the M10 won the Gold Award at the Australian Good Design award and the Gold Design Award at Best Awards in New Zealand in its year of introduction.

The M10 was designed specifically to eliminate three key avoidable harms; patient falls, pressure injuries and cross infection, with the major change between the M10 and its predecessor the introduction of ‘EnableMe®’ safety sides.

“The safety sides are split— upper half (head end) and lower half (foot end)—so the lower half can be dropped while the upper half provides a reliable support aid for patients getting on or off the bed.”

Pressure injuries, or damage to the patient’s skin, are reduced by the bed’s smooth surfaces and safety sides that go down well below the mattress level so a patient getting on or off the bed doesn’t scrape the undersides of their legs.
30/30 positioning on the bed lifts both the backrest and leg raise to 30 degrees, cradling the patient without increasing pressure concentrations that could potentially result in pressure sores.

“The third avoidable harm is cross infection, which is mitigated through the M10’s removable deck panels, concealed cables and smooth, easy to clean surfaces,” says Bruce.

“In the Covid world these types of design innovations have proven very important.”

Since the bed was first introduced, a number of factory fitted options have been added including a 5th wheel, enabling the bed to be more easily manoeuvred.

“That 5th wheel also has a brake power cable alert on it. If the bed is plugged into the mains power and the brake is released, it detects that there’s mains power coming into the bed and you can make sure its unplugged before moving it away—it’s a nice safety measure that saves damage to the bed.

“Also, if the bed is brought into a station in the ward and plugged in but the brakes have not been applied a warning sensor will sound, avoiding inadvertent movement of the bed and possible harm to the patient.”

Bruce says the experienced team at Howard Wright work very hard to be a design-led business – designing for the users.

“It’s all around user safety and ease of use. We constantly challenge each other when we’re designing something; will that really work for the user?

“We want our products to be super easy and safe to use and having that philosophy embedded in the company has now become part of our culture.”

Reflecting on the business origins and its achievements, you would have to think Howard would be proud of what he started in the basement of his New Plymouth home. 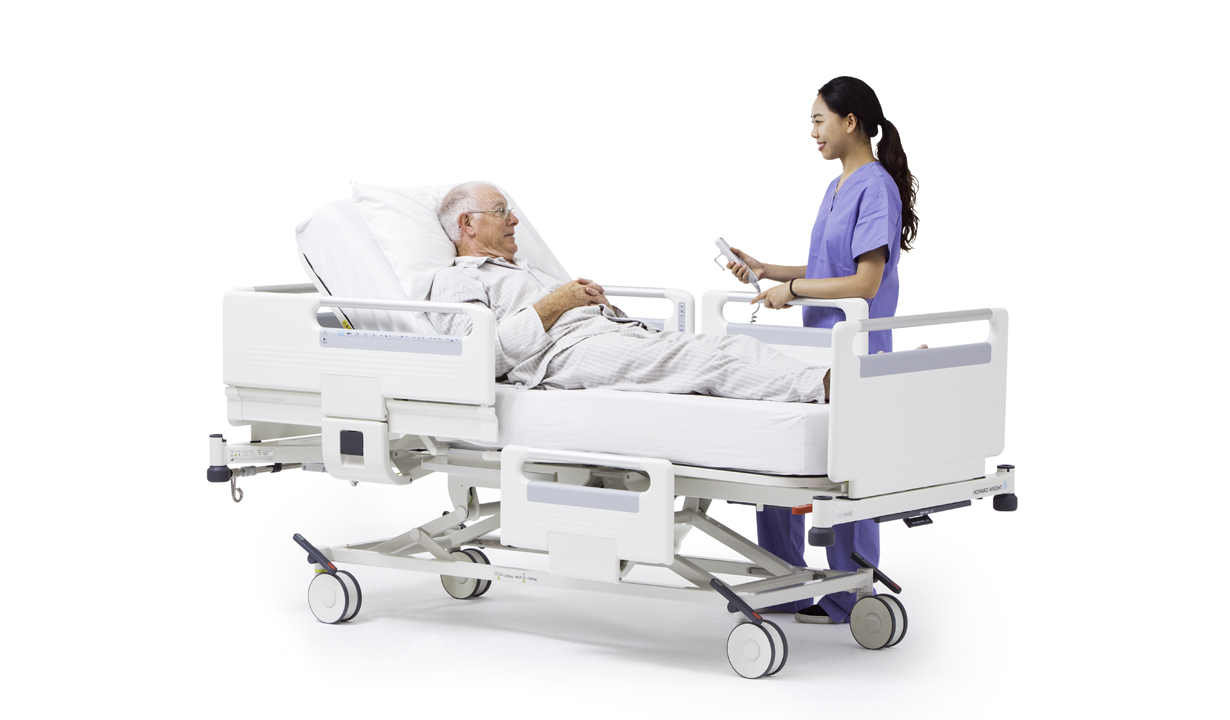 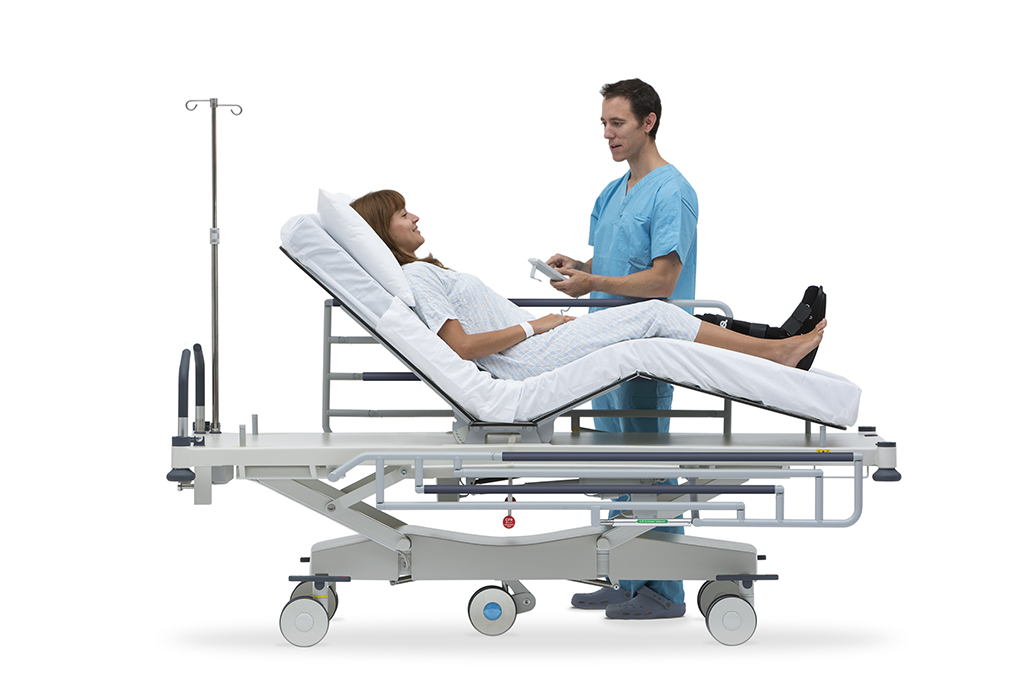