Matamata dairy farmers branching out to forestry and kiwifruit 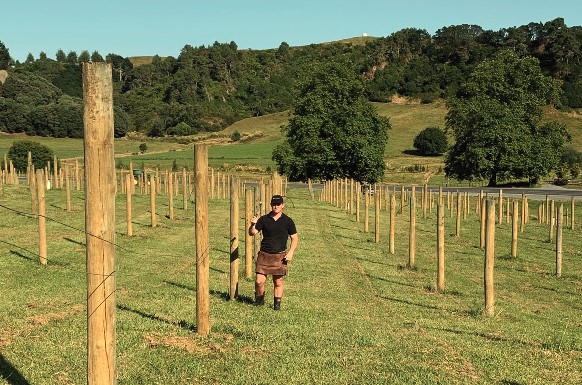 Lachlan McKinnon has been involved in the establishment of the kiwifruit orchard (top); the nursery that Sandra McKinnon is using to grow plants for the native restoration areas on the property

““We’re new to the industry but it’s a very collaborative industry. People are very willing to share knowledge. The more we learn the more we’ll do””

Matamata dairy farmers Rod and Sandra McKinnon are diversifying their farming operation and are in the process of establishing a kiwifruit orchard and a pine plantation.

They hope it will not only help to create more income streams but also lessen the environmental impact of their dairy operation.

They will plant a 2ha kiwifruit orchard over winter.

The gently contoured land being north facing and free draining was the ideal location, says Rod.

The family has prepared the land, constructed posts and other infrastructure including irrigation. Rod plans to see how much they can do themselves in terms of growing the kiwifruit but will supply to EastPack in Te Puke, which has an orchard management division capable of completing key aspects the family wants to outsource.

“We’re new to the industry but it’s a very collaborative industry. People are very willing to share knowledge. The more we learn the more we’ll do,” he says.

An 8ha forestry block will be planted on marginal land and the family hopes to apply for funding from the government’s One Billion Trees planting programme.

Rod says that their 194ha dairy farm Oakstone Hinuera will remain the main focus of their business. They milk 375 cows on 140ha, producing 162,000 kilograms of milk solids a year.

One of the key goals is to get more production from the herd through genetics and feed.

They have a small beef business as part of the mix comprising 80-90 R1 and R2 steers and heifers and this assists their plan to increase production.

“Lower producing cows are inseminated to beef – Angus and Hereford – to reduce the number of poorer cows in the herd.

If the dairy cows don’t graze a paddock out well then the beef cows go in there,” explains Rod.

“We don’t carry the R2s through the second winter to avoid the larger animals damaging the land. Instead they are sold as stores.”

The couple have always been firm champions of the environment in their farming operation.

In 2018 they were supreme winners of the Farm Environment Awards for Waikato and also won category awards for sustainability and stewardship, farm stewardship, integrated management and for water protection.

They hope their pine forest will help to offset some farm emissions and they will also plant a further 2ha in natives of a 25ha block they will retire under an agreement formed with Waikato Regional Council in 2015 to improve water quality, reduce soil erosion and improve indigenous biodiversity.

They are also investigating new ways to improve their environmental footprint including the possibility of collecting methane from their effluent pond to turn this into electricity.

They have geofenced their farm and have a GPS on their travelling irrigator.

If the irrigator reaches within 20 metres of a sensitive zone, such as a wetland or stream, it shuts down.

They have also adopted new electronic technology for water and milk monitoring and have soil moisture sensors in their orchard further future proofing their business. 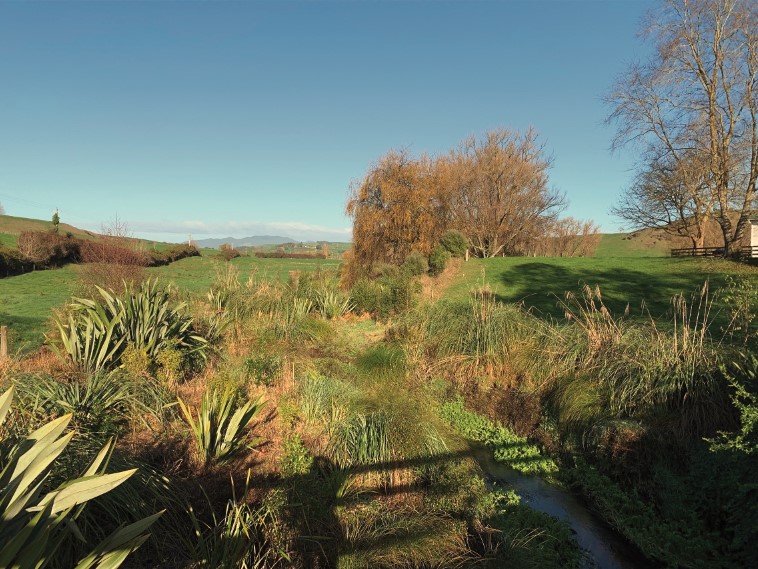 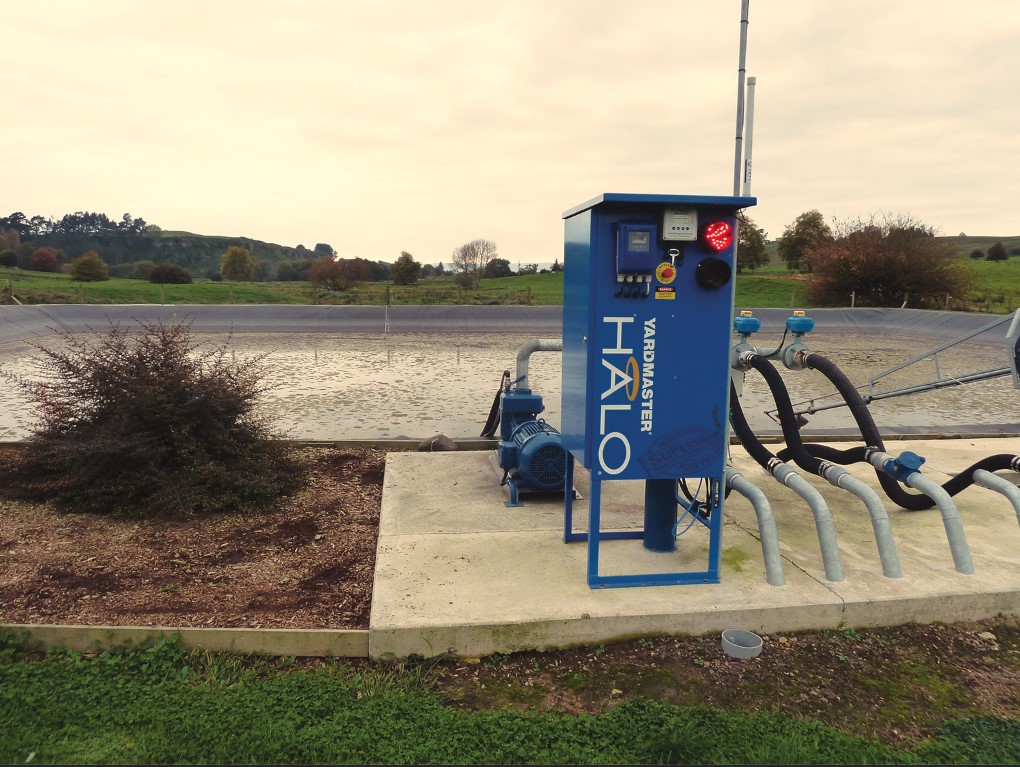 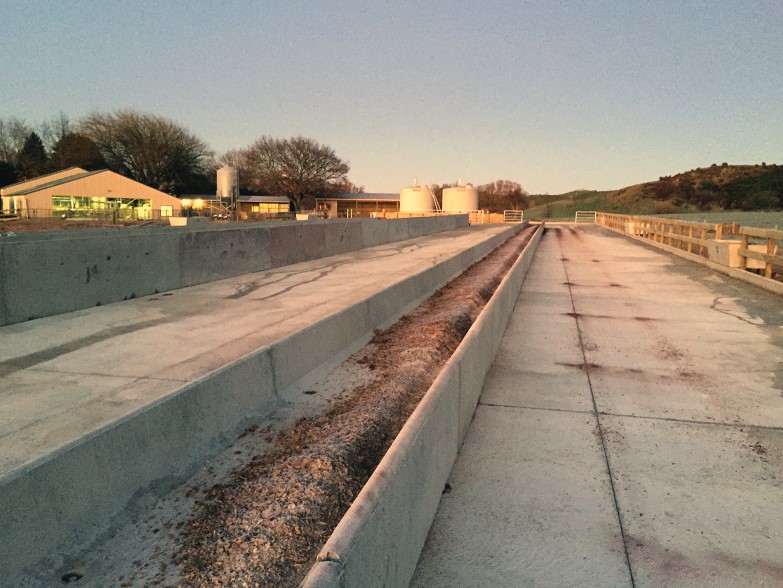 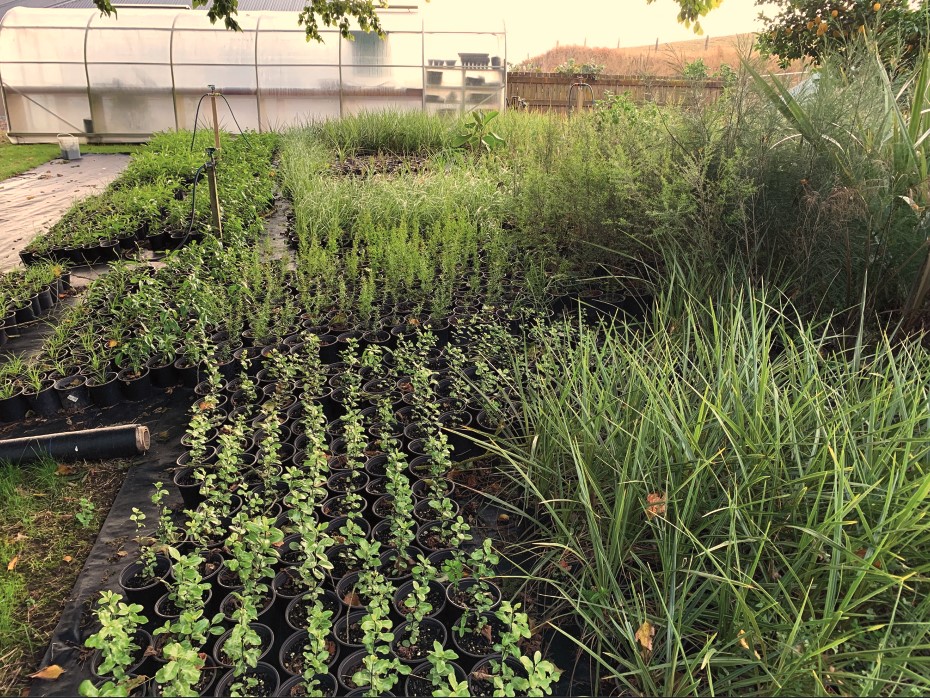