Napier-based company Eastbridge is a unique business in that it hardly needs to see its clients, is based in a small city and yet is producing steelwork for many of New Zealand’s largest and most significant infrastructure projects.
Eastbridge specialises in the manufacture of steelwork for bridges along with towers, poles and general infrastructure market steel fabrication.

Company director Bruce Mellsop says it is the only company of its kind in the country specialising in steel bridging and as such offers unique expertise and capabilities.

A case in point is the company’s work on the Cambridge Pipe Bridge, which spans 116 metres across the Waikato River.

The project was originally tendered to refurbish and repair an existing bridge.
Eastbridge identified a better solution that saw the construction of a new bridge at a reduced cost. The new design is not only structurally superior but offers a clear span meaning the bridge has aesthetic design appeal, says Bruce.

“A lot of other companies would have just submitted a tender proposal based on the tender design.

The bridge uses a network arch design, an efficient and lightweight bridging form.

The bridge was an award-winner at the 2019 Steel Construction New Zealand Excellence in Steel Awards for projects $1.5-$3 million.

Among other things judges commented on how the project upgraded services with previous infrastructure no longer able to meet needs without disruption to the existing services.

Bruce says the award is indicative of the high level of skill the Eastbridge team offers. It’s something the business has always focused on, training up staff in-house to its exacting requirements.

“We are working at the heavy end of the spectrum of steel fabrication and it’s not uncommon for us to have to manufacture girders of 50-70 tonnes.
“We use thick and specialised plates so that the competency of welding needs to be very high.

“We need our staff to have the skills to ensure every weld is to the highest standards so it passes when audited without any re-work costs. It has to be done right first time.”

Training apprentices is an important part of the business to keep the pipeline of high-level staff flowing and typically 10-15 apprentices might be on staff at any one time.

The other aspect of this is that Eastbridge is also a keen advocate of supporting the industry in general and turning out great people.

He says that the bridge market has been growing rapidly over the past decade as steel can deliver the best design aesthetics, strength and durability.

The company’s 10,000sqm workshops are set to expand with the recent acquisition of 4ha located adjacent existing facilities.

Bruce says it will enable easier off-road access to key partner Napier Sandblasting, which undertakes most of the coatings work for Eastbridge. The result will be increased efficiencies and cost savings for clients.

With offices and production facilities located within two kilometres of the Port of Napier and well-developed road and rail infrastructures linking Napier to other main centres of New Zealand and giving access to further major port facilities, Eastbridge is well positioned for not only the national but international market. For example the company is currently completing for eight steel bridges in Fiji.

Other recent projects include steel box girder bridging at Transmission Gully and the Memorial Arches project in Christchurch, which saw an architectural embellishment delivered to herald the gateway to Christchurch.

Presently the company is working on the steelwork for the iconic old Māngere bridge and viaducts for the Puhoi to Warkworth PPP motorway project, which will be the single biggest project that Eastbridge has completed to date involving a massive 4000 tonnes of steel.

Bruce says constant investment is made in new technology and the company offers some equipment unique to New Zealand industry. 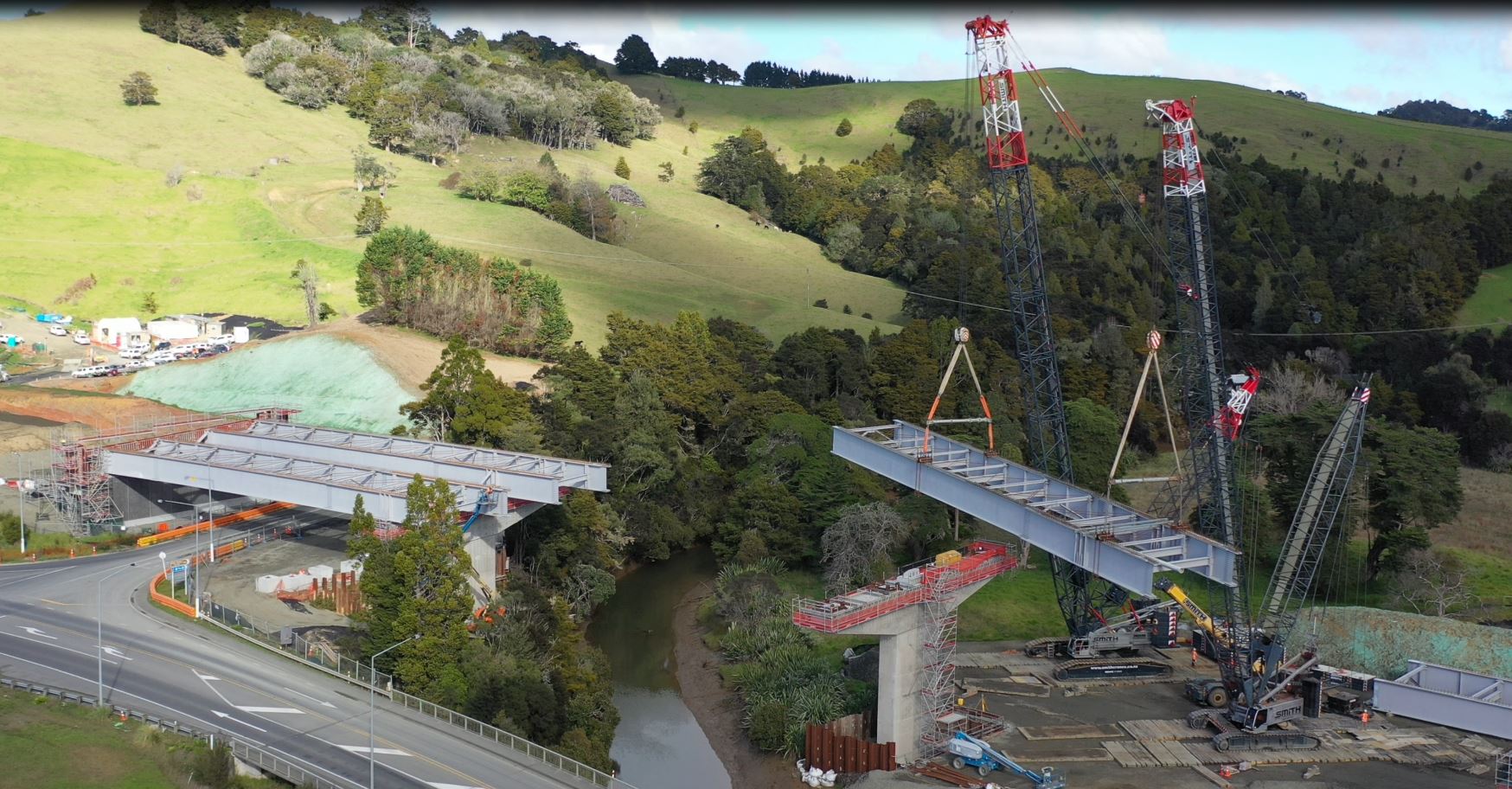 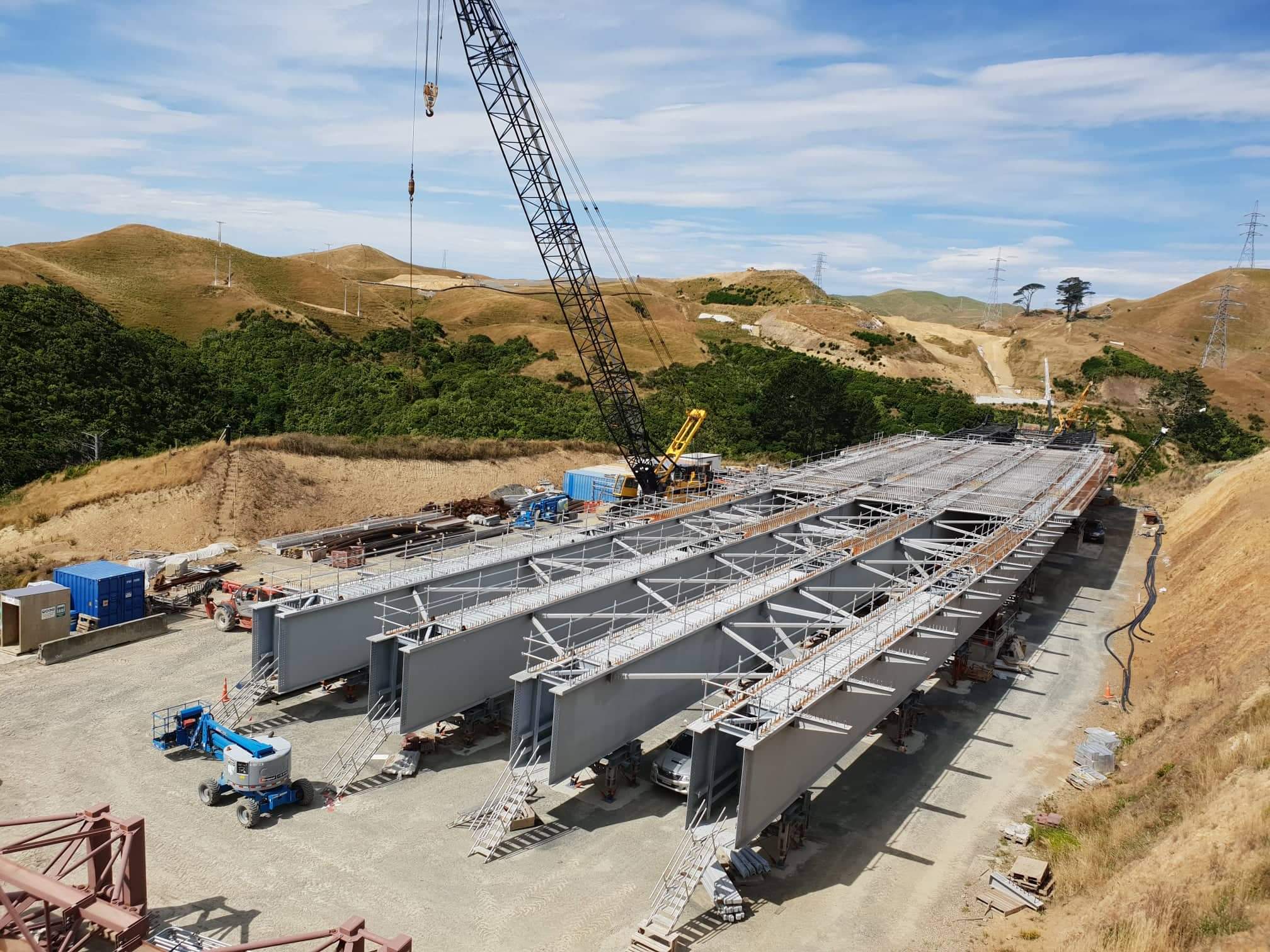