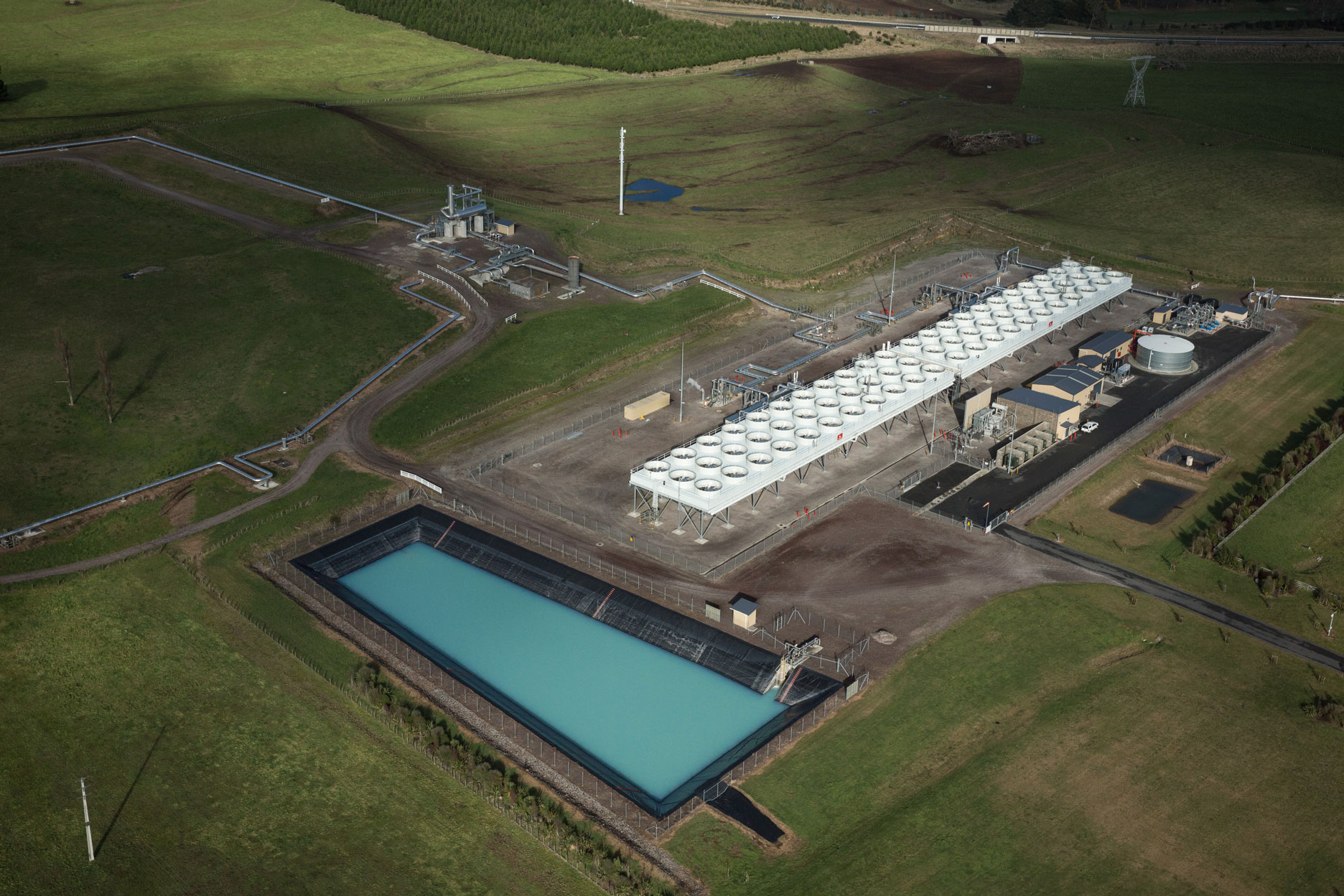 “You want that energy source to be eco-friendly and geothermal is available 24/7. I think geothermal has a really big role to play”

As New Zealand, like every country on plant Earth, looks to reduce its reliance on fossil fuels and reduce its carbon footprint, the focus is on renewable resources, where they can be obtained and how they can be utilised.

New Zealand is in a particularly blessed situation in respect to geothermal energy, with a world-class resource and a population of just five million to support.

With the combined resources of wind, hydro and geothermal, New Zealand’s electricity production is well on the way to being almost entirely from renewable means — sometimes reaching 80 – 85% in any given year.

“There’s a lot of industrial heat that we could supply from geothermal that would displace gas or coal,” says Mike.

“As a country we’re looking to displace fossil fuels to de-carbonise. To do that the main alternative is electrification. In the transport sector we’re seeing electric cars growing in popularity and manufacturers saying they will cease manufacturing petrol and diesel vehicles within the next 10 – 15 years. That’s not very far away.

“That electricity has to be obtained from somewhere.

“You want that energy source to be eco-friendly and geothermal is available 24/7.
“I think geothermal has a really big role to play,” says Mike.

Contact Energy has five geothermal stations within a 30-kilometre radius in the Central North Island; Te Mihi, Wairakei, Poihipi Road —all on the Wairakei geothermal system — Ohaaki on the Ohaaki field and Te Huka on the Tauhara geothermal system.

Tauhara is a very large field in comparison to the scale it has currently been developed to and there is resource consent to build another large power station there at some point in the future.

“From those five geothermal sites we have total generation capacity to produce 430 megawatts. The plants run pretty much 24/7, barring maintenance and outages, so the plants generate quite a lot of energy.”

Geothermal tends to run baseload, which is in the background all the time, producing about 3300 gigawatt hours of electricity annually from those plants.
On average, at any one time, Contact’s geothermal output might power 400,000 homes.

In context, according to the 2018 census there are 20,682 private dwellings in Taupo, so there is a massive amount of energy generated from geothermal fluids available for other parts of the country.

Inclusive of Contact, Mercury and other energy producers, geothermal provides about 17% of New Zealand’s electricity and most of that comes from the Central North Island.

Within the global geothermal picture New Zealand ranks the 5th largest supplier of geothermal energy — massive when you consider the size of the country. The United States is the highest.

The dominant use of geothermal energy is the production of electricity but Contact also provides customers in Taupo and Ohaaki with steam for industrial use.

Tenon Ltd, a wood-processing mill in Taupo, switched from natural gas in their timber drying kilns to geothermal in 2006 and is currently Contact’s biggest user of direct use geothermal energy.

At that same location Nature’s Flame dries wood pellets for wood burning stoves and furnaces. Their alternative was to use natural gas or burn some of their own product in the kilns. But by using geothermal fuel they can produce more wood pellets.

“We also supply Ohaaki Thermal Kilns with heat. They produce kiln-dried firewood and we’ve supplied the Huka Prawn Park with heat for many years. Then there’s use for bathing and tourism activities. Wairakei Terraces has a bathing complex that uses geothermal water supplied by us that cascades down some silica terraces and into pools that people bath in.

The heat is also used for heating the buildings and swimming pool at Waikarei Resort.”

Innovative company Geo40 Limited has based its plant in Ohaaki to recover silica from the geothermal fluids from Contact’s wells during the reinjection process. “In comparison to other ways that silica is produced around the world it’s a very benign way of accessing the minerals because nature has done all the dissolution of silica under the ground.”

Mike suggests that because geothermal energy is more niche than wind or solar which are supported by giant global industries, it tends to fly under the radar of the general public and policy makers.

“Geothermal is much smaller because it’s much more geographically specific. While New Zealand is blessed to have that, geothermal doesn’t have the prominence in the industrial world as some of the other technologies have. So it’s not necessarily seen as such a fantastic solution for New Zealand. Geothermal sits in the background quietly doing its thing and not overly visible to the public at large who might otherwise be calling out for more geothermal power plants.” 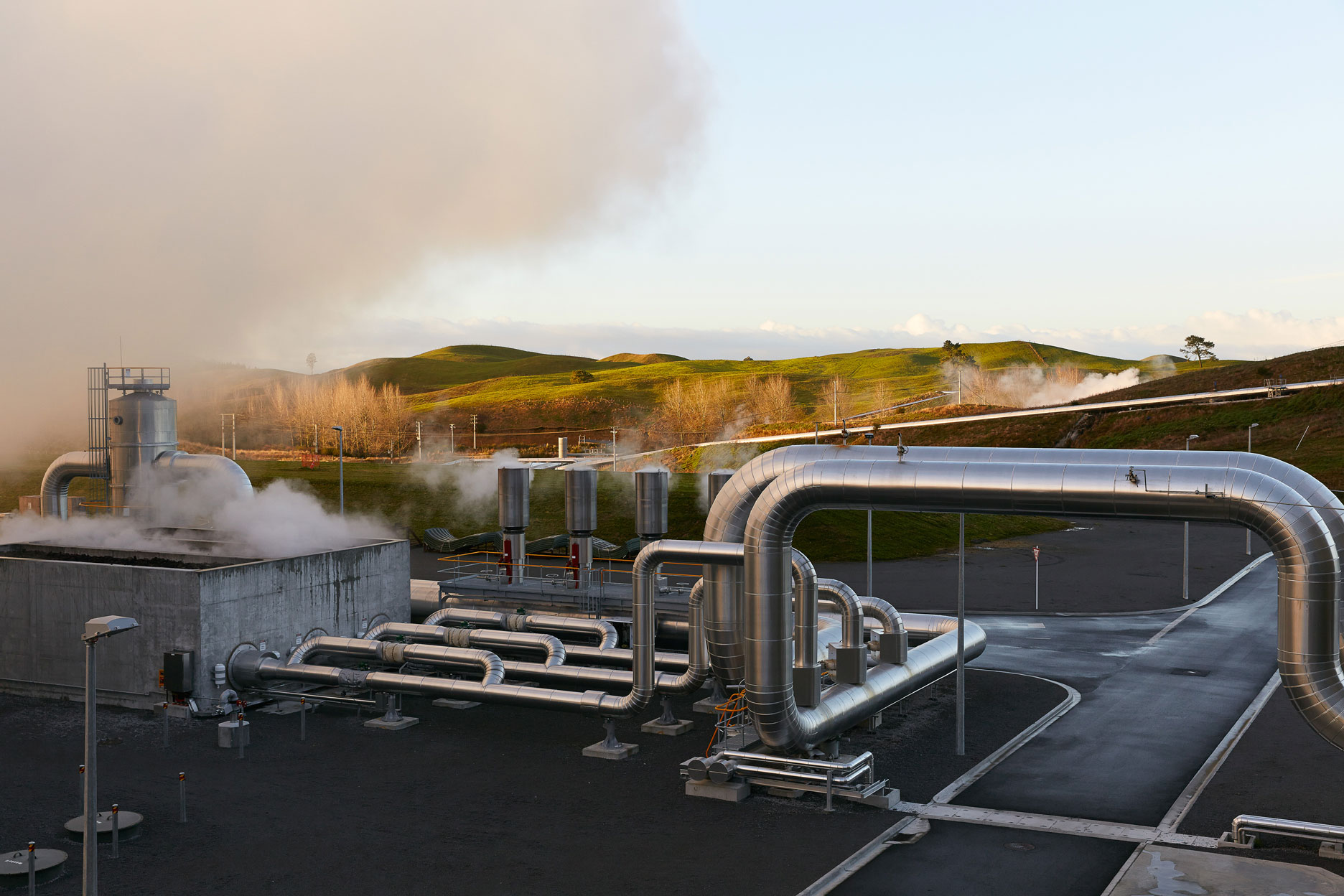 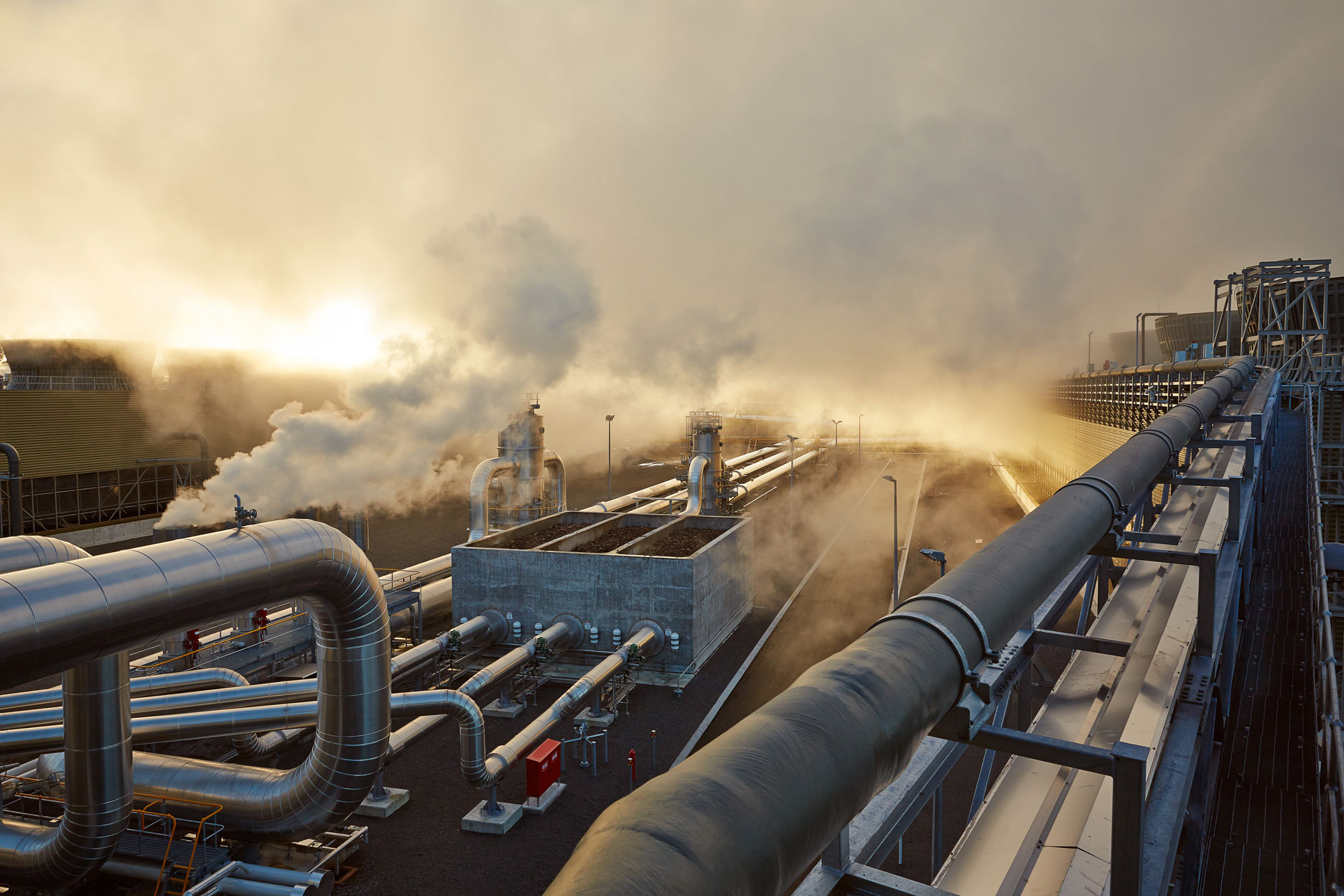