“I’ve never known a chef that thinks outside the square as Vaughan does, and who doesn’t allow anything to compromise him progressing a dish with that innovation.”

Nestled in the beauty of Central Otago, with a menu that reflects the seasons as they change around it, Amisfield Restaurant opened some 20 years ago.

The samples of grape varietals planted alongside the restaurant at the same time have matured, as have the more extensive vineyards nearby in the foothills of the Pisa Range which those samples represent.

Head chef for the last 11 years Vaughan Mabee was joined two and a half years ago by Tony Stewart, who, with the official title of Food and Beverage Director describes himself as “helping with the direction for the food, and how it links with our wines”.

That link between the food served at the restaurant and the wine that accompanies it is at the heart of Amisfield’s story, their combinations are an essential part of why their dining experience helps define New Zealand cuisine to the world.

Tony closed his own central Auckland award-winning, three-hatted restaurant, Clooney, before joining Vaughan and the Amisfield team in 2019.

With obvious parallels to Amisfield, the Cuisine Magazine’s website still holds its reference to Clooney as an offering, in a nutshell, “Immaculate renditions of the very essence of New Zealand.”

The hats (one to three depending) assigned to a restaurant as part of the Cuisine Good Food Awards are their equivalent of France’s Michelin stars.

Based on four areas fundamental to any restaurant: food, service, beverage and its service, and ambience, scores to a potential total of 20 are given by anonymous judges.

Amisfield is one of only six restaurants out of 135 countrywide in the 2021/2022 awards to achieve three hats with a perfect score of 20, deemed to be the “best of the best”, or at least 19, thus “extraordinary and approaching perfection”.

While they’ve been in the running before, this year is Amisfield’s first time as the winner of another prestigious award, Cuisine’s Restaurant of the Year Award for 2021/2022.

“It’s the only national food award, so we’re excited and delighted to have achieved that,” says Tony.

“The Innovation Award isn’t new to Vaughan, he’s had that award three years in a row but it’s just amazing that we would achieve both of those in the same year and especially in such difficult times.” 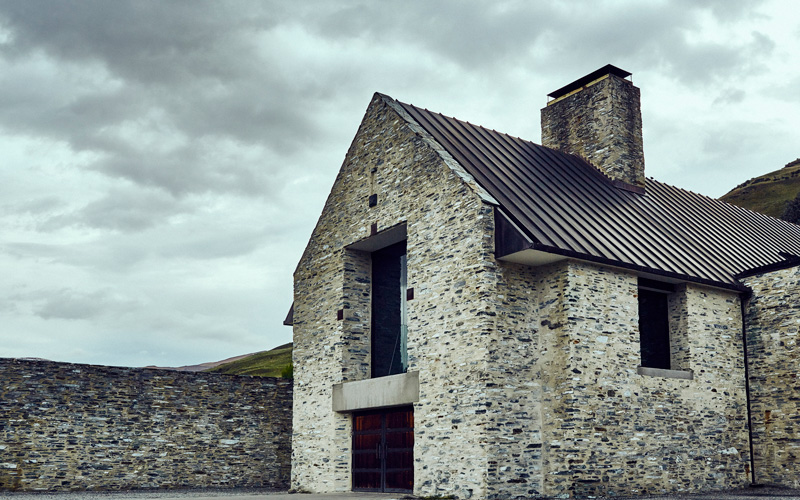 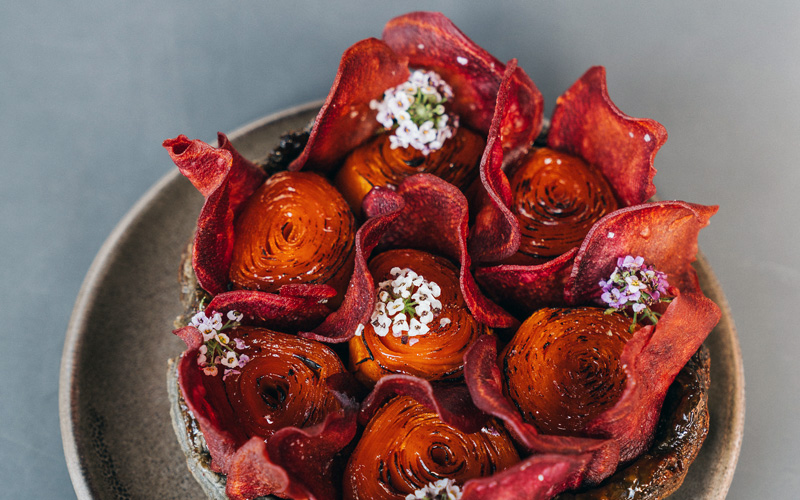 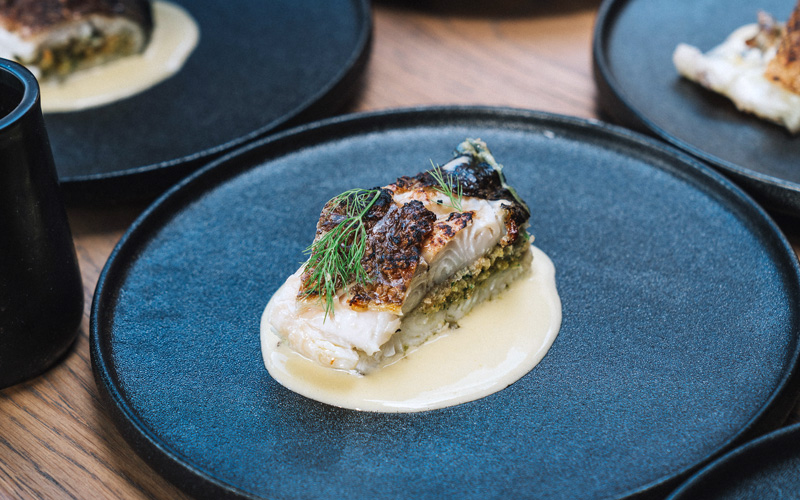 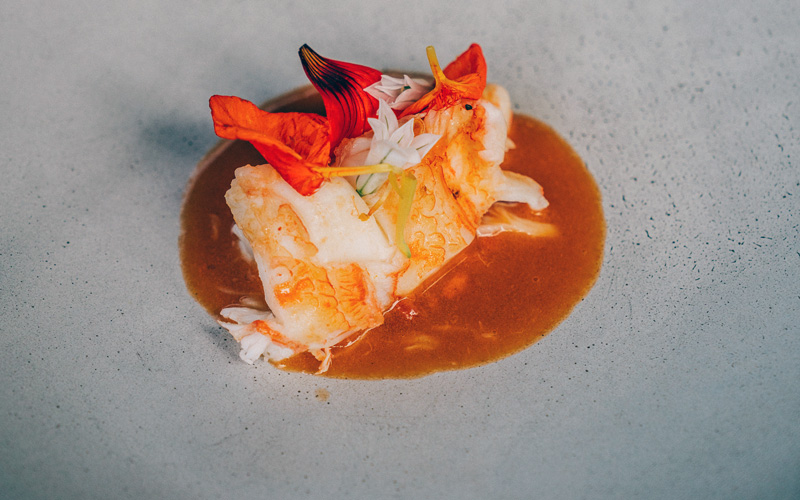 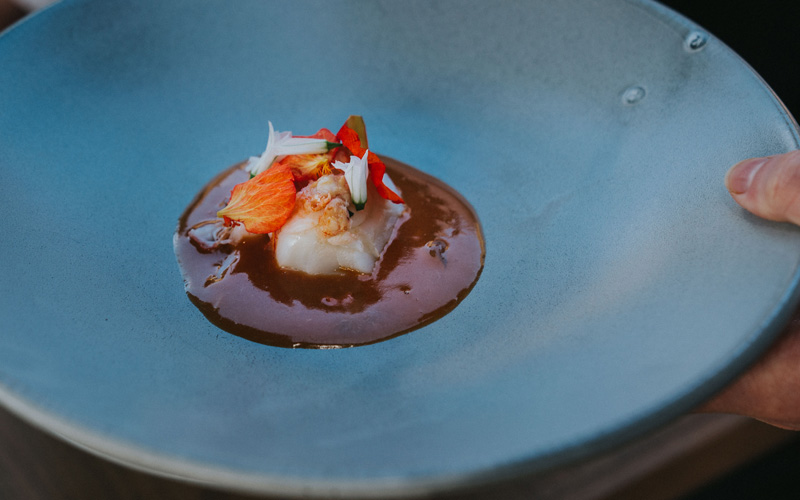 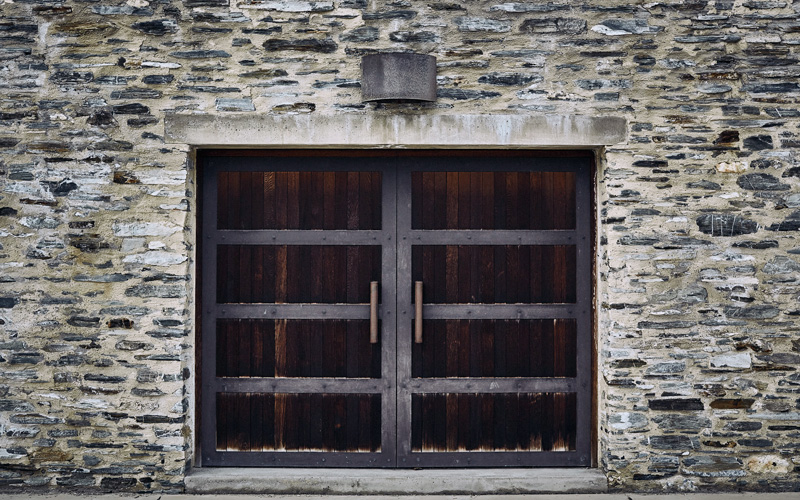 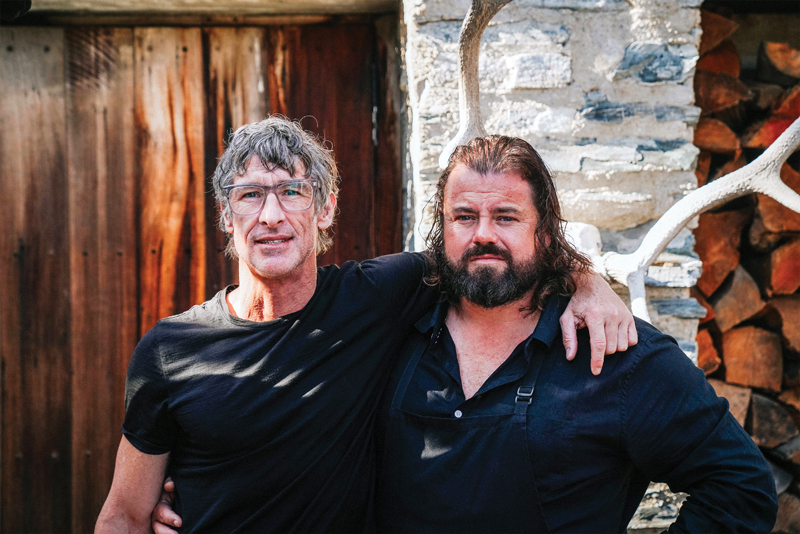 After 11 years Vaughan’s cuisine, the showcase for Amisfield’s depth of style, brings Central Otago to your plate and into your glass.

With locally sourced ingredients such as their lamb and beef which comes from the Crown Range along with the majority of the vegetables they haven’t grown themselves, seafood from Foveaux Strait, and venison from Fiordland; the provenance of anything on your plate is part and parcel of the Amisfield story and Tony will be able to give it to you.

The flavours of Fiordland crayfish combined with local sweetbreads, intertwine with their chosen partner Amisfield Fumé Sauvignon Blanc for a reason.

“The fumé is oak-aged so it shows characteristics of a chardonnay which gives the richness it needs so that the palate weight of the wine, the way it feels in the mouth, complements the richness of the crayfish and sweetbreads, while the acidity of the sauvignon just freshens the two up together,” explains Tony.

With 30 or so years in the restaurant business behind him, Tony appreciates that Vaughan knows what combinations of flavour will work, and the theatre of presentation, but he says it’s the innovation that makes him exceptional and brings the awards.

“I’ve never known a chef that thinks outside the square as Vaughan does, and who doesn’t allow anything to compromise him progressing a dish with that innovation.”

He gives the example of the finishing dish which, with iwi approval, replicates a pounamu adze.

Made from kawakawa with a string made from kumara, “it looks as if it could be worn but everything is edible,” says Tony.

Having duck feet on the menu is another example and, while Tony won’t give away Vaughan’s secrets, like everything else they demonstrate “that simplicity with a touch of brilliance that means his dishes eat incredibly well.”

Combine that innovation with a style of service that Tony describes as “accurate”, in the sense that all the staff are well trained and knowledgeable about the food and wine they’re serving but, “not to the point of being boorish, they still need to express those things in their ways,” and the recent Restaurant of the Year 2021/22 award makes sense.

Continue reading...
This feature article is brought to you in association with the following New Zealand businesses…

First printed in the June edition of Business South 2022.