Competing as one of seven finalists at the 2019 FMG Young Farmer of the Year Grand Final in Hawke’s Bay in early July was a truly rewarding experience for North Otago farmer Alan Harvey.

While he didn’t win the title, he’s still buzzing about having had the opportunity to represent Aorangi and give it his best.

“This event is designed to push your limits,” says Alan.

“I did as much as I could to prepare but you never know what they’re going to throw at you. It’s incredibly challenging, especially the technical exam, but you learn so much and the networks you create along the way are awesome.”

The 28-year-old first joined Young Farmers as a teenager at North Otago’s Five Forks club and he also co-chaired a club at Waitaki Boys High School when a student there.

He joined other local clubs while studying plant science at Lincoln University and has competed in various regional finals since 2016, so paving the way to his success this year as Aorangi FMG Young Farmer of the Year.

After graduating, he worked for AgriSeeds and then for AgriPlanz in the biosecurity arena.

In late March, he took up a new job as operations manager with Borst Holdings Ltd, near to his family’s sheep and beef farm in the Oamaru area.

“I’d only spent two summers on dairy farms while at Lincoln University so having this opportunity really helped bring me up to speed on dairy for the Young Farmer final. The job has been a huge learning curve, not just on the dairy operation side but also HR and environmental considerations.”

Alan is grateful for the opportunity given to him by his employers, Robert and Slyvia Borst.

“They’ve been very supportive and backed me all the way.” 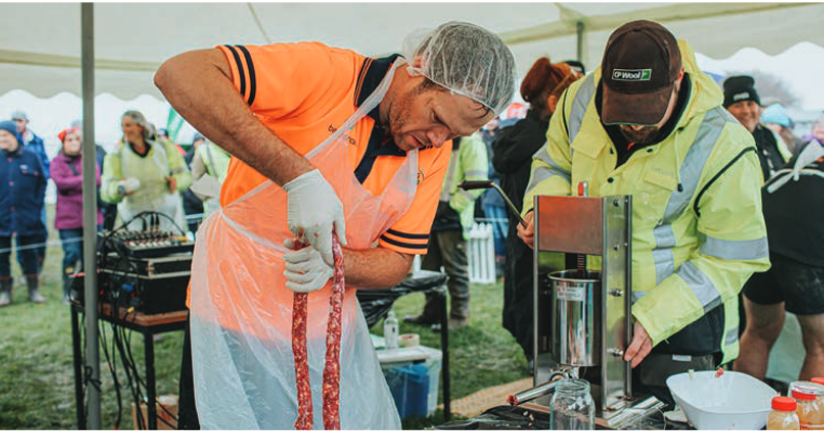 “Good communication is pivotal. There’s a lot of trouble shooting and you always need to keep in mind how to improve your systems, whether technologically or in the area of environmental compliance.”

July was a doubly busy for Alan, with lambing getting underway on his family’s farm.

The 190ha farm has been going through a succession process, with Alan in the throes of taking it over.

“At the moment, Dad (Neil Harvey) is staying on and doing the day to day running while I hold down my job as operations manager. I help out as much as I can and it seems to be going well.”

Alan plans to grow the flock naturally by breeding his own replacements, with an ultimate goal to double ewe numbers to 1000.

“We’ve been a little light on the ewe numbers. It’s a question of trying to find the right balance between sheep and beef. At the moment we’re still a bit weighted towards the beef side.”

At the Young Farmer of the Year final, Alan gave a market innovation presentation on sheep milking, using portable plant to potentially supply an on-farm café and cheese factory.

“There’s potential in it, for sure.”

Wherever Alan’s farming future lies, his open and positive attitude will surely prove a winning asset.