Waikato Stud, near Matamata, breeds around 200 of its own mares, stands six stallions and fattens about 2000 head of cattle.

Owned and operated by the Chittick family for the last 26 years, Waikato Stud’s success story includes the current number one thoroughbred stallion in New Zealand – Savabeel.

Mark Chittick, Waikato Stud’s managing director, says a syndicate was formed to purchase Savabeel at the end of his illustrious racing career, securing the purchase at a weighty 10 million dollars.

“He was the first 10 million dollar thoroughbred stallion to come to New Zealand – so we obviously put our neck on the line to get him and it’s great that he’s been so successful. He’s now one of three 10 million dollar purchases amongst Waikato Stud’s stallion rack – and the oldest at 18.”

“Savabeel collected all three of those awards again this year, making it four times in a row so that’s a fantastic achievement.”

Savabeel’s service fee comes with a lofty price tag to match his superstar reputation – non-shareholders pay a fee of $125,000 once the mare is tested 42 days in foal.

Putting that into perspective, New Zealand’s next highest service fee is $50,000.

Located five kilometres out of Matamata between the township and the Kaimai Range, Waikato Stud consists of 1750 acres (708 hectares).

Having grown significantly from the original 430 acres when the Chittick family first purchased the farm and stud business, it is now the biggest property in the country that is devoted to horses – firmly remaining a family-owned and operated business.

“This year we will breed about 200 mares of our own and stand six stallions. We also buy in and fatten about 2000 head of cattle, providing grazing diversity and valuable secondary income.”

The stud’s income is derived from stallion service fees for outside mares and the sale of Waikato Stud’s own yearlings sold mainly through the thoroughbred sale held each January at Karaka.

Topping the Karaka sale for the sixth time in a row last January with 90 yearlings offered for auction, Mark says the results were a significant achievement for the Stud.

That’s quite incredible because the average is taken on sales of three horses or above – well crikey – we sold 85.”

With a team of about forty on the staff at Waikato Stud – including a vet and a chef – there is a real community approach to the art, skill and love required to breed and rear high-performance horses. 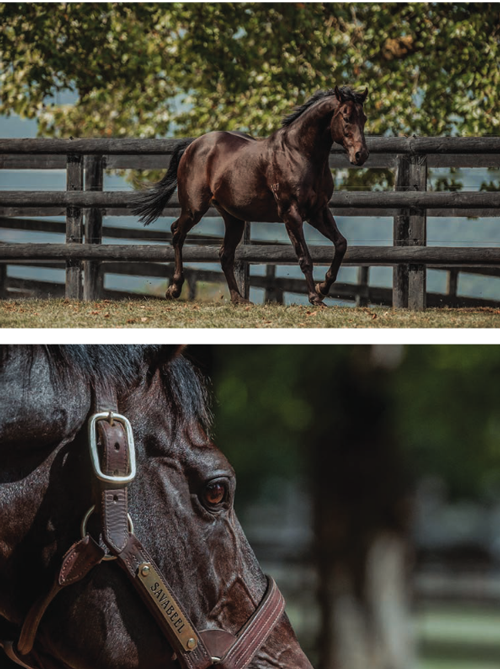 Mark reflects on the synergy between blood-stock, environment and people, telling the story that if you put a horse into a paddock and shut the gate and think ‘my god that horse is going to be happy in that paddock’ – well it will be happy and it will be doing the best it possibly can.

“But if you put it out there and think it should be alright for a couple of days it’s a bit short on feed, it’s a bit cold or wet but it should be fine – well it won’t be fine.”

With a lifetime spent breeding and rearing race-horses, Mark says there are two things that he and his team are passionate about.

The first is continually trying to breed and rear the best racehorse they possibly can.

“The second is enjoying achievements when you get them because it’s a tough game with a lot of ups and downs. We can win a really nice race on a Saturday and at this time of year you can be in the foaling paddock that night and lose the foal out of your best mare.”