Riwaka family Thomas Bros owns and leases about 140 hectares of land on multiple sites over a radius of up to 10 kilometres, including three separate packing and cool-store operations. Their new coolstore and packhouse adds 5500 square metres of buildings and 3500 tonnes of static cool storage capacity.

The addition of a new packhouse and coolstore to Thomas Bros Tasman Bay orchard operation is creating huge efficiencies. The Riwaka family owns and leases about 140 hectares of land on multiple sites over a radius of up to 10 kilometres, including three separate packing and cool-store operations.

The new facility adds 5,500 square metres of buildings and 3,500 tonnes of static cool storage capacity to the existing capacity of 5,550 tonnes.

More than twelve Thomas family members are working in key roles; Steve works as the kiwifruit manager all months other than the harvest period and as the coolstore manager during harvesting.

During peak harvest, up to 330 staff are employed, of which about 60 are RSE workers from overseas.Crops are mostly evenly divided between green and gold kiwifruit and apples, but the family also grows small area s of cherries and stonefruit.

Apples include Envy, Jazz, Koru, Royal Gala, Braeburn, Fuji. Growing several varieties of apples which have different harvest periods is strategic in terms of the use of post-harvest facilities as well as in managing risk, Steve says.

“If we grew all Royal Gala or all Envy we would have a huge amount to do in a small window, whereas having varieties that ripen at alternating stages means we can spread the harvest for about two-and-a-half months.”About 12,500 tonnes of fruit are typically processed each season, including some for other growers.

Increasing the area of gold kiwifruit grown meant that the harvest of the crop subsequently encroached on the apple harvest, creating some logistical challenges.

“We weren’t able to utilise our kiwifruit pack-house as well at the peak time when the apples were being harvested so there’s a big cross-over and we just didn’t have the infrastructure to handle both crops.”

The result was a challenging situation because of juggling the movement of kiwifruit and apples to other sites, including sending a high percentage of the apple harvest to a third-party coolstore facility. “Seventy-percent of the pipfruit we packed, we ended up having to send elsewhere.” 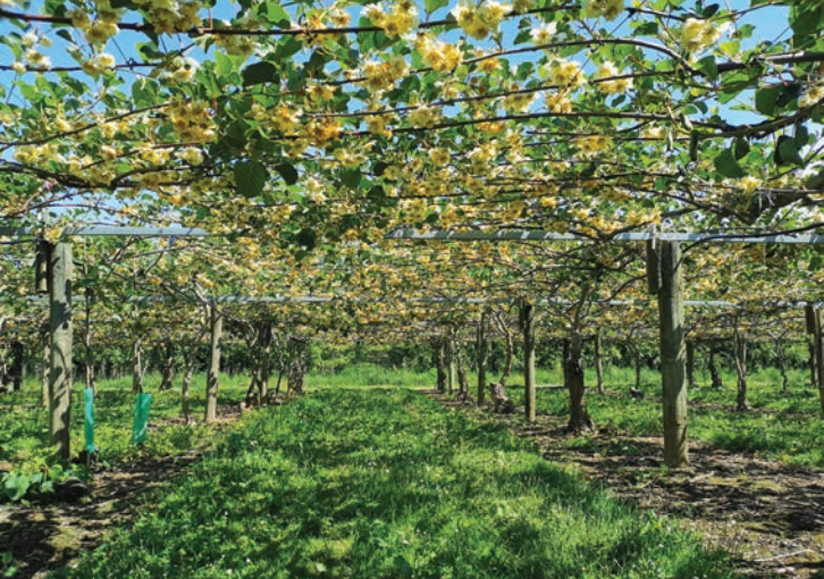 The new packhouse and coolstore has simplified operations while creating a more sustainable business, especially in terms of reducing stress on staff, reducing truck movements, faster turnaround of apple bins and less overtime to work.

“More can be done within an eight hour period with less stress. We found that we were double and triple handling bins just to make things work at a time when there was little storage space or cool storage space.”

As in some other industries, sourcing labour, especially large numbers of workers at peak periods is a seasonal challenge.Outside of the harvest period, workers are also needed for pruning and thinning.

To address this, Thomas Bros have introduced parents’ hours contracts which allows those with children to work during school hours.

India is a country which holds exciting potential for the New Zealand fruit industry, Steve says.“With a vastly growing population and economy I think India is the one to watch.”

Tags:
Previous Article
From garlic to grapes, a life on the land
Next Article
Ernslaw One – targeting sustainability all the way