Quality pumps that are right for the job

Irrigation and pumping specialist Think Water Timaru uses the huge knowledge base from its 55 sister branches around Australia and New Zealand to find the right solution for South Canterbury’s domestic, commercial, and agricultural pumping needs.

Think Water Timaru began in 1964 as Washing-ton Pumps, and was purchased by Grant Colliar and Robert Washington in 2000. In 2012 they joined the Think Water group.

In 2017 Grant and Karen Colliar purchased Robert’s half of company and continued trading as Think Water Timaru.“This has allowed us access to a lot more knowledge and a lot of different types of products,” Grant says. “We used to only deal with water, and from time to time a cleaning product or something like that.

Now, because of the knowledge within the Think Water group, we can deal with just about any product at all. If it pours it pumps, so we can pump it. It doesn’t matter what the product is, we can find a pump that will do the job.”Think Water Timaru’s policy is to only sell a quality pump that is right for the job, and to install it in such a way to optimise its performance.

All leading brands of pumps are available, including the Grundfos, Davey, and Onga ranges. Improved access to products means Think Water Timaru now installs submersible pumps for irrigation on lay fl at hose rather than steel pipe.

Grant says hose is a really good alternative to steel pipe as it’s cheaper, easier to install and run, and a carbon neutral product. Plus steel pipe is usually galvanised and galvanised pipe can be affected by water, so lay fl at hose is more durable and long lasting.

With more than half a century in business, the knowledge base available to Think Water Timaru is still growing all the time. And Think Water is growing too, with 20 branches in New Zealand and 35 in Australia.

Grant says more products are available to the Australian branches than here in New Zealand, but with Think Water putting pressure on individual suppliers, some products are slowly being made available here. “And that’s looking exciting for the future,” he says.

One product in particular and one thing Grant says New Zealand is pretty bad at is storage of water. Think Water has a preferred supplier in Australia that manufactures a lined and covered rainwater harvesting and storage system, as yet unavailable in New Zealand but Think Water’s New Zealand branches are set to have access to it soon.

As well as South Canterbury’s domestic and very large agricultural markets, there is plenty of commercial activity in South Canterbury that can benefit from Think Water Timaru’s enormous amount of pumping knowledge, with fruit products, cooking oils, acids, honey, and more all being manufactured in and around Timaru. 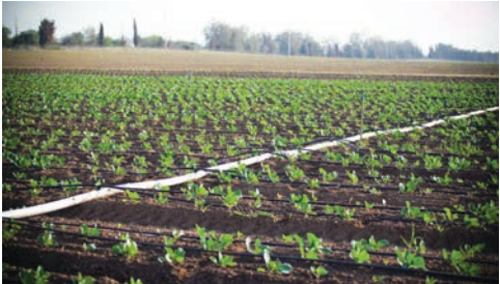 Grant says business in Timaru is really ready to take off, it just needs the right people who are ready to have a go. “If Council could overcome its consenting delays, the town itself would just take off, and so would the district.”

Farming for a sustainable future in Manawatu
Tom O'Leary Feb 24