An impressive line-up of 23 Tangihau Angus two-year bulls sold for a record sale average of $20,913, double last year’s average of $10,500 from 25 bulls sold, and the highest ever sale average Australasia has seen for the Angus breed.

The new sale complex and viewing pens were built onto the existing yards and worked well says Dean.

The shed comfortably housed the large crowd, giving them a good view of the sale ring.Bidding came in hot with lot 1 first out the gate selling to Rangatira Stud, a Muriwai-based stud, for $86,000 – the top-priced bull in New Zealand this season.

The sale also included 10 bulls from the Crickle-wood Angus Stud with a total clearance.

It was back in 1949 that Tangihau Angus was founded as a result of the difficulty in sourcing bulls that could survive and thrive Tangihau’s unique terrain and climate.

The Aberdeen Angus breed was introduced by the manager at the time, Laurie Cooper, after he purchased the champion bull from the New Zealand National Sale in Dannevirke in 1948.

The stud has continued to develop since then.

Dean, with the support of his wife Joanne, stepped in as manager in 1989.

Dean believes buyers can have confidence purchasing Tangihau bulls because Tangihau uses them for their own commercial herd and some of the 65 station bulls are north of 10 years and are still active and sound. 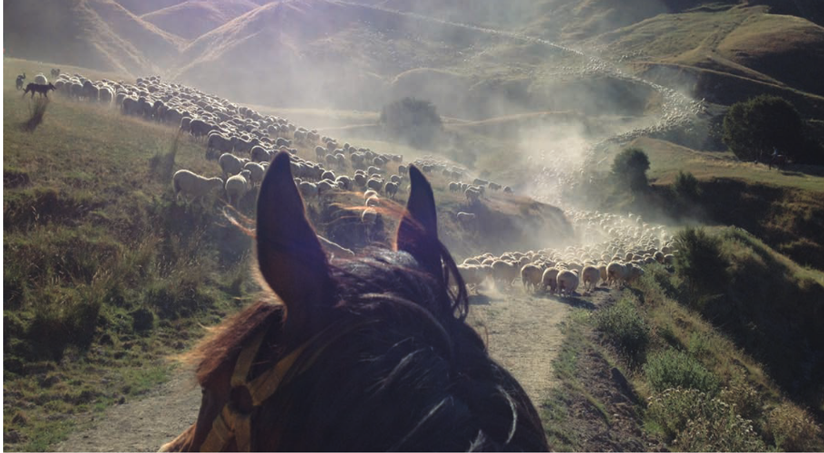 Around 300 buyers and spectators packed out the new sale complex at Tangihau station. Mustering with horses and dogs at Tangihau, which can go from snow to drought on ‘some fairly steep hill country

Structural soundness is the number one quality in Tangihau Angus bulls, says Dean, followed closely by fertility, phenotype, growth and positive fat, with data to support it.

It’s important, he explains, that when dealing with climate extremes on hill country where you can’t supplementary feed, cattle need the ability to accumulate fat that they can then draw on when needed.

“Tangihau can go from snow to drought on some fairly steep hill country and cows need to rear a calf and get back in calf, all non-performing cattle are sold.”

Every year Dean travels the country sourcing the genetics that will improve the Tangihau herd, and has recently delved into Australian genetics which will be coming through soon he says.