Anthony Wynands wasn’t brought up farming but it was always a dream of his to pursue.

The goal was to be in a farm management position by the age of 30.

Anthony is now 29 years old and has been farm manager of Pamu’s Paeroa Station in the Hawke’s Bay for the past five years.

“I never thought I’d be here. I jumped the ladder a little bit quicker than I thought but I’m so happy being here,” he says.

Growing up on a small lifestyle orchard, Anthony got his first taste of farming while working as a shearer during his school years.

“I was watching the guys out the back with their dogs pushing the sheep up and drafting and I thought that’d be really cool to do.”

So, at the age of 17, Anthony decided to leave school and take a punt at a farming career.

“I just said ‘bugger it, I’m going to find a farming job.’ I went through AgITO and got lucky through Rural Directions.”

He moved from his home in the Bay and took up his first farming role in Masterton where he worked for John McFagden for the next five years.

“He taught me everything I know from how to cook myself dinner to drenching sheep,” Anthony laughs.

With some experience up his sleeve, Anthony began climbing the ladder with Pamu, starting as a head shepherd and landing his dream job at Paeroa Station by the age of 24.

He and his wife Hayley have four young boys and both have family around Hawke’s Bay so it has been a good move for everyone.

Anthony came in with a clear focus to simplify the farm’s operation and continue the work of protecting and enhancing the environment.

The last year has seen a few changes to the farm and some good lambing results with the Landcorp Romneys.

Improving stock performance has been a matter of increasing their condition scoring to three times a year and ensuring everything is recorded, he says.

With a lot of extra mouths to feed, keeping the weight on until weaning is currently front of mind.

“We have noticed that there are a lot more sheep out there that need preferential feeding than we thought. We have our cattle to clean up the pad-docks and we can’t push our ewes as hard as we thought we could.”

Anthony says they were down 60ha of their grazing platform last winter after planting it out in red and white clover.

In order to keep the stock well-fed they sold a few yearling heifers and pushed into some of the harder country out the back. 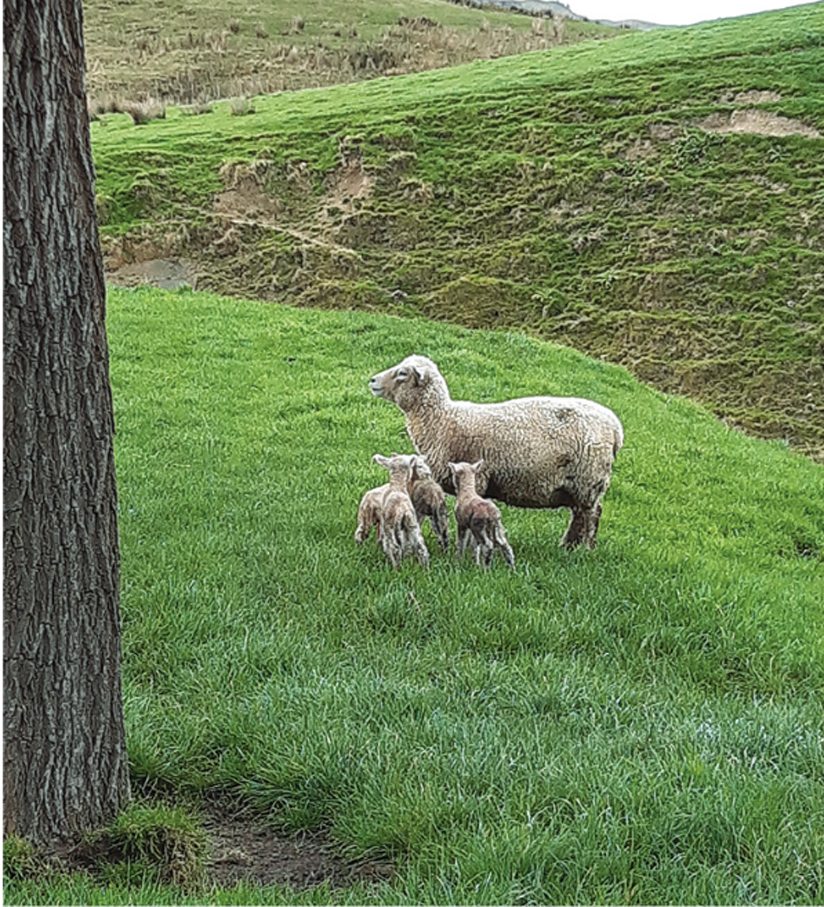 “It’s actually done it the world of good and it’s come up really nice,” he says.

A further 70ha was retired and has been planted in gums and pines and they’ve been busy completing fencing off the major dam that runs through the property, with only a few waterways left to complete.

Taking on a farming career has left Anothony with no regrets and he continues to count his lucky stars for getting himself in the position he is in now.

Though kept busy on farm, along with two other full-time employees, Anthony still finds time to further his dream and is currently working towards a Diploma in Agriculture.