Plenty of competition on shared farm

PHOTOS: Kelsey Thompson is in her third season sharemilking with husband Josh on their Midhurst farm.

Stratford dairy farmer Kelsey Thompson is working her way towards becoming the sixth generation of her family to run their 220ha Midhurst farm.“We are stoked that it’s stayed in the family for so long,” she says. “It was our ancestors who cleared the bush and set it all up, and we hope to keep it in the family for as long as we can.”

Kelsey and her husband Josh are now into their third season of 50/50 sharemilking 170 cows on a smaller portion of the farm, while her parents Sheree and John Espin employ a farm manager to milk 280 cows on their portion of the property.

“It’s a bit different but it works like any two herd system,” Kelsey says. “We milk through the same shed but we each have a different vat. We clean the shed together but everything else is separate.”The farm has been in the family since 1885, and John has run it for more than 30 years.

Kelsey says John has developed a really good system that works, so many decisions for both sides of the property are the same.“But we do use different varieties of grass and different varieties of turnips, and there is always a competition on whose is growing better, who is getting better milk yields, and who has the lowest cell count.

“It’s helpful because you have discussion groups with other farms but you can’t really compare because everyone’s situation is different. Our cows are being farmed in the same environment and are fed the same meal in the shed, so it’s a really good comparison and it keeps things quite interesting.” Prior to coming home, Kelsey studied agricultural science at Massey University then went to work for BarenbrugAgriseeds in Darfield for four years.

“During my time at Agriseeds, I learned so much about looking after the grass on your farm, about the different varieties and how they can all work together to create a more diverse pasture, and the ability to have different varieties of grass on farm that grow at different rates so you can graze them at different times and instead of having a really big feed shortage, it’s a lot more uniform.

“Also, I think working for a corporate company I learned a lot about people and people skills. It gave me the ability to talk to suppliers and other people who come on the farm, and that has really helped too.” 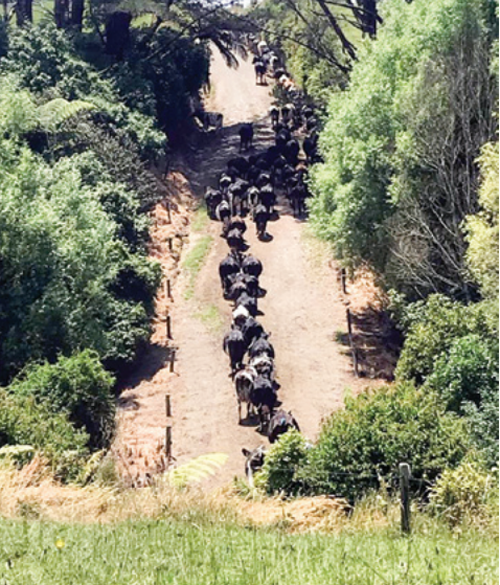 Kelsey is now finding her feet in her role and apart from aiming to raise her six-week in-calf rate for this season, she is mainly focused on getting more comfortable with what happens when on the farm and more confident in her decision making.

“I’m still at the stage of being reactive rather than proactive about decisions made on the property because I haven’t been at it long enough yet.”Kelsey has her parents’ expertise to guide her, and this year their existing system has won the family the Taranaki Predator Free Farm award at the Ballance Farm Environment Awards.