This season there has been a shift toward rearing bobby calves, with a reduction in bulls to 900 and 300 beef heifers in calf along with 50 pure Angus cows.

David McFadzien has been responsible for managing Irthing Downs Agriculture in Southland at Five Rivers these past eight seasons and says he enjoys the variety the role offers.

The farm is managed by Farm Right, owned by a group of shareholders who also own shares in six other dairy farms in the Northern Southland area.

Irthing Downs Agriculture supplies all these farms with service bulls and four with contracting services.The farm’s 370 hectare footprint is a mix of rolling with some steep and a small area of native bush.

This season there has been a shift toward rearing bobby calves, with a reduction in bulls to 900 and 300 beef heifers in calf along with 50 pure Angus cows. “We’re rearing 200 bobby calves from our dairy farms instead. We used to just by them off lo-cal markets but wanted to be more self-sufficient.”

There’s a strong rhythm and fl ow to the yearly cycle, given the farm’s relationship to the network of farms it is part of, as David explains.

“Through the winter months we feed bulls on crop, then we move on to the other farms cropping, planting 200 hectares of fodder beet,20 hectares of kale and 200 hectares of young grass. We are also baling around eight to 10 thousand bales a year on these farms.”

Come mid-October the yearling bulls go out and once this has happened Dave and his team are back on the farms cultivating and by late-October the bailage season gets underway while from mid-November all the Friesian and Jersey bulls are released for servicing.

Following this, more bailage resumes through to January. Early in the new year bulls return to the home farm at this time as well and by March and April have been sent off for slaughter.

Prior to taking up the management role David, who grew up on a farm, and wife Jan had a couple of seasons on a sheep farm. In part, this experience, which David described as quite cruisy, led them to want to take on new challenges and chart a more meaningful farming career.

“I just enjoy the daily challenges of growing and fattening the stock and the challenges of working through the contracting season which throws a few curve balls.”Jersey bulls go out twice as yearlings and then two years old before slaughter.

On the contracting side of business the farm carries three tractors, a bailer and tube wrapper, plough, 6 metre leveller and a 6.3 metre air-seeder. A 190 ha lease block is just down the road where young stock are grazed off from one of the dairy farms along with some beef heifers.

When asked what ways could the overall farming operation be improved David says he feels it is operating at a highly efficient level but energy has been put in of late into improving the environment with 750 trees and 500 fl axes recently planted in shelter belts and wet gullies.

The couple have two young sons, Angus and Duncan, who enjoy farm life and all it has to offer, while Jan works part-time in Invercargill as a registered nurse. David says their family life is settled at this time, with the boys enjoying school, 15 minutes away and there are no current plans to move away 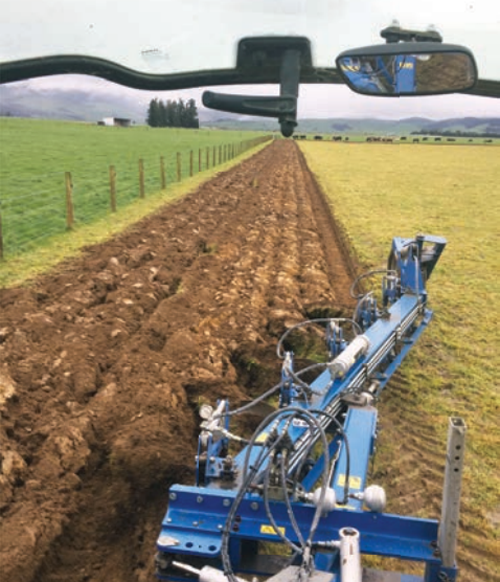 Farm Right has a portfolio of 70 managed properties throughout New Zealand and Tasmania. Of these 29 dairy farms are based in Southland and David enjoys the opportunity to rub shoulders with the collective of managers at its annual conference.

“We also have Southland managers gettogethers here where we go on to other farms in the network and have a good discussion about current issues and experiences.”