Waikato dairy farmer Mike Garrud has been a member of Federated Farmers for over six years.He found the advice and support he received from the organisation really helpful when he began farming, so when the opportunity arose to take up a leadership role to try to regrow the Morrinsville Branch, Mike put his hand up.Mike has been chairperson for 16 months and has worked hard to create more interest from farmers in the district to attend local meetings.

“I have held several meetings since taking up the role and am happy to say that there is gathering interest. This is really important given the nature of issues farmers are facing, especially around environmental compliances,” Mike explains.He’s concerned that even with a positive forecast milk pay-out, the sense he has is a lack of optimism by farmers.

“We have dairy farmer members who supply to Fonterra and some to Tatua and they seem to have an unease given the uncertainties ahead with changes in environmental policy especially.”He gives as an example of spending a good couple of years improving fencing around waterways to now be informed that policy makers are considering requiring farmers to fence back to five metres away.

“To redo all that we have done will involve refencing 10 – 11km of fencing and will involve considerable time and cost.”Mike feels that the decisions made and the numbers changed seem arbitrary and questions how those responsible for policy decide on a figure or an amount.

“There is consultation but I don’t really think it is effective in that it is true consultation. I think the figure has already been decided quite often. This is one of the issues that impacts on farmer morale and positivity within the sector.”

He works hard to ensure that Morrinsville branch members receive accurate and timely information from Federated Farmers’ national executive which meets once a month. Information is also received from those within the organisation responsible for meeting with policy makers and politicians in Wellington.

Mike feels that the decisions made and the numbers changed seem arbitrary and questions how those responsible for policy decide on a figure or an amount. He would like to see the evidence or effect moving a waterway fence a further two metres away has on the water quality. The ‘one-size-fits-all’ regulatory approach will not work.

Mike says a better approach by councils and regulatory bodies would be to apply policy compliances in a catchment by catchment approach, but can see that this isn’t possible the way these bodies are currently resourced. As with most voluntary organisations Mike understands it is hard to get people to put up their hands to be involved but he says the issues facing farming and agriculture generally really warrant people making the effort.

“We are being faced with more and more rules and compliances driven by higher and higher expectations on farmers. I seem to find leadership roles and it is something I enjoy.”Mike is operations manager on a 430 cow home-farm owned by his father-in-law John Walsh, not far from Morrinsville while another farm, at Walton carries 230 stock is also in the business. 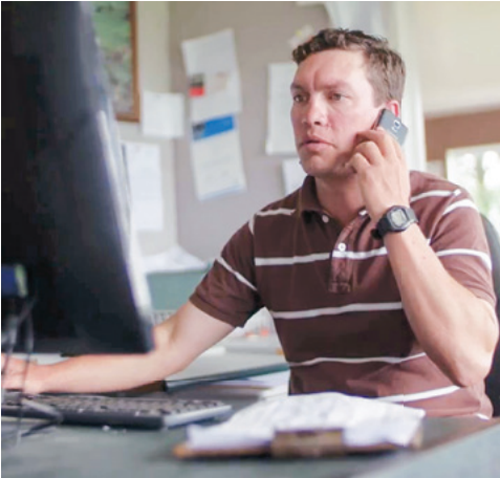 Mike Garud ,Waikato dairy farmer and chair of the Morrinsville branch of Federated Farmers, says some decisions over environmental policy seem arbitrary and questions how those responsible decide on a figure or amount

“Here on the home farm we are a system 2 based system, supplying just a bit of PK and growing maize on the farm. We are not highly stocked and are careful with the nitrogen levels we apply.”The farm has undergone an upgrade to its effluent system and is performing well, with a recent change in some staff.

“We’re lucky that the Walton farm is fully self-contained with the rising heifers and 2’s able to be grazed on a run-off, so we’re not dependent on leasing other land.”Mike’s focus for his own farming business with a forecast good payout will be to consolidate debt. Even with all the environmental compliance issues bearing down Mike is still optimistic about farming being a worthwhile career.