Immediate past president of Taranaki Federated Farmers, Donald McIntyre, says it’s been a challenging two years for farmers while he was in the role. Drought, mycoplasma bovis and regulatory changes have been the main issues farmers in the region have faced. He’s now happy to hand over the reins to Mark Hooper.

“Serving as president of Taranaki Federated Farmers was an immense privilege. It’s also a huge responsibility representing farmers and keeping things moving forward. What you have to put into a role like that is immense. It’s a big job but somebodys got to do it and we need people like Mark to keep stepping up,” he says.

Donald and wife Linda, who works as a rural real estate agent, own a 140ha farm at Ratapiko, between Stratford and Inglewood. They milk a herd of 320 cows and Donald says their contract milkers played a big part in freeing up his time to take on his role with Federated Farmers over the past two years.

“You’ve got to have faith in your staff (to take on this role). I couldn’t have done it any other way.”Passing on his knowledge, gained over a lifetime of farming, was a key driver in him accepting the role in the first place.

He says he has learned that groups such as Federated Farmers understand farmers’ needs best at grass roots level.“Federated Farmers has the most extensive policy team and other organisations are often not as in touch with farmers needs.

So there can be disconnect which can be frustrating.”Particularly with significant policy changes pro-posed such as the draft National Policy Statement for Freshwater Management.“It showed a lack of understanding of farmers,” thinks Donald.

“It had little relevance to reality and was released right in the middle of calving.”He calls the past two years “the toughest financial time in our farming career” with low payouts putting additional pressure on farmers.

And although there are plenty more challenges ahead he says farmers are well used to dealing with curve balls but remains concerned about their mental well being.“The product prices have never been better but the morale of farmers is very low with the continual flow of regulatory change.” 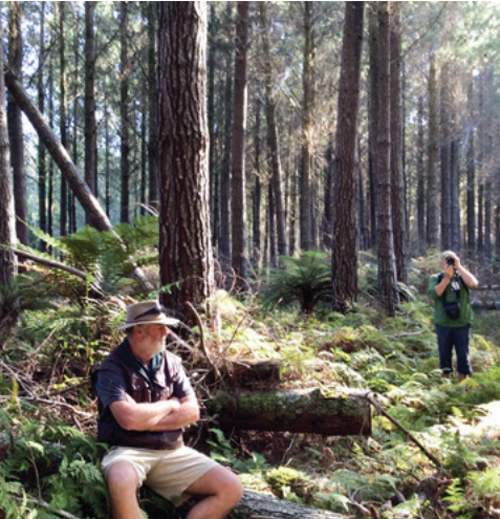 Past president of Taranaki Federated Farmers ,Don McIntyre, is happy to hand over the reins to new president Mark Hooper after a challenging two years

Donald says that Taranaki is a positive region for dairy farming and has the best environmental compliance of any place in New Zealand thanks to a particularly proactive council who audits every farm each year.

“Farmers love what they do and they want to leave the land in a better state than they got it in. The constant criticism of farmers is wearing them down. We have a lot of streams, good soil types and rainfall making it a great place to farm cows.

“I believe farmers in the area know what they’re doing (with regards to compliance) and we’re seeing this in the data coming out. We’re going in the right direction and the government needs to recognise that.”

Tags:
Previous Article
Sharemilking a pathway to success
Next Article
A quinella of sorts for Tahora stud