Land Information New Zealand’s recent decision to open up debate on high country issues by way of a new advisory group has been positively received by Federated Farmers.

Membership of the group will include Linz and Department of Conservation representatives, along with Linz-appointed members of the public with a special interest in areas such as farming, the environment and local government. Federated Farmers is tipped to have a seat at the table. The group is set to meet on a quarterly basis.

Applications for a place on the advisory group close on 14 June. Federated Farmers’ North Otago high country representative Ian Anderson, who attended the conference in Cromwell, describes the new advisory group as a sensible way forward.

“I’m pleased that we will likely have re presentation in that group,” Ian says. “It’s better for us to be around the table than not, and taking part in debates and decisions that affect the high country.”

Those attending the conference also received an update from the Otago Regional Council on the recent release of the Rabbit Haemorrhagic Virus Disease RHDV1-K5 for pest rabbit management.

The K5 virus, approved for release across the country including 100 sites in Otago, is a variant of a strain already in New Zealand.

Rabbits are a leading pest in Otago, undermining productive farming by eating grass and degrading soil. The K5 virus, which only affects the European rabbit, provides an opportunity to reduce wild rabbits down to a more manageable level.

It has been predicted that this new strain could kill more than 40 per cent of the wild rabbit population. “From what we’ve been told, the new strain is having mixed results so far,” Ian says.

“It is expected to start slowly and then progressively have more of an impact. The hope is that it will really start to kick in at the end of this year over summer.”

However, the take home message from the conference was that while the K5 strain is likely to be a really useful tool, it is no silver bullet. “It’s not the absolute be all and end all of rabbit control.”

Ian notes that farmers at the conference were disappointed about another new strain of rabbit calicivirus– RHDV2 – having recently been found for the first time in New Zealand, confirmed in a single wild rabbit found on a Marlborough farm. “It’s not part of the planned release. 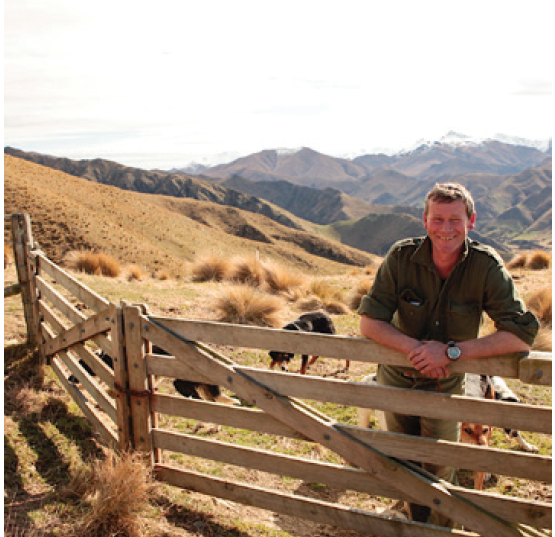 It’s simply another strain that has somehow come in and it’s not wanted.”

This particular strain is widespread in Europe and Australia and affects hares as well as wild rabbits.

It has no impact on human health or other animals but poses a potential risk to pet rabbits.

Vaccines have been imported for distribution to veterinarians. Advice for pet rabbit owners is available through the MPI website.